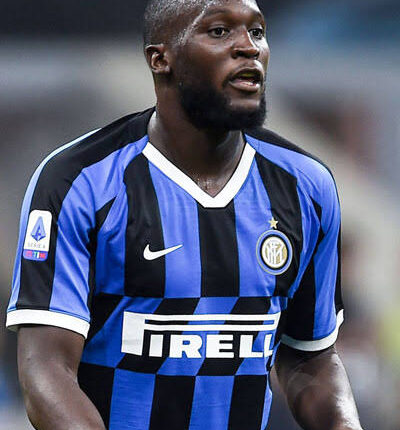 Inter Milan striker, Romelu Lukaku, has extended his goal tally to 20 for the season, after scoring the winner at Bologna to reach a personal landmark in 2020-21 season.

The goal, alongside excellent season-long performance, had distinguished the forward from his contemporaries in the Italian top tier league in his second season.

Reflecting on a great moment after reaching 20 Serie A goals for a second successive season, Lukaku attributed his stride to support from his Inter Milan teammates.

He said their mix for the last two years has resulted in greater efficiency, adding that “We’ve all grown a lot”.

The striker said that such team efficiency, among others, formed his decision to leave Manchester United of England to join Inter Milan.

Having initially seen his header turned onto the crossbar by goalkeeper Federico Ravaglia, Lukaku was able to tap home the rebound while standing on the line to secure Inter a 0-1 win at Bologna on Saturday.

The result – coupled with city rivals AC Milan only managing a draw at home to Sampdoria earlier in the day – means the Nerazzurri have moved eight points clear at the Serie A summit.

Lukaku’s scoring feats have played a crucial role in helping Inter seize control of the title race, with the Belgian becoming only the seventh player to make it to 20 goals in back-to-back league campaigns in the club’s history.

“I’m really happy with the win today; it was a complicated game. We took a big step and need to continue down this road,” Lukaku, who was signed from Manchester United in 2019, told Inter TV.

“It’s a great moment for me – I made the right decision coming here. I’ll do everything I can to help the team because I’m nobody without my team-mates. The group is the most important thing. We have our aim and need to keep this up.