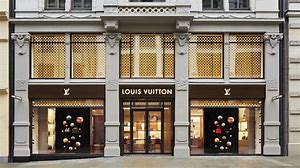 Luxury fashion goods maker, and owner of the luxury perfumery, LVMH, Louis Vuitton, has disclosed plans to commence hand sanitizer production in its cosmetic factories with aim to fill the shortage gap in hand sanitizer availability which has risen due to the gobal coronavirus pandemic.

It would be recalled that the novel virus, which spread from China to almost all countries in the world, is so far known only to be prevented by strict personal hygiene as occassioned by regular hand sanitizing, which has, however, resulted in major shortages of hand sanitizing products in various countries around the world.

In its response to the global epidemic, Louis Vuitton announced that it is set to convert its cosmetics factories into hand sanitizer producers, and that its American distilleries would repurpose alcohol into sanitizing solutions which it explained, would be given free to customers.

The leading perfume maker stated that the move was its contribution towards the global fight against coronavirus and that it aimed at tackling shortage of sanitizing and anti-viral products across the world, and especially in its home country, France.

LVMH, through a statement released on Sunday, assured the French government of its commitment to the hand sanitizer production for as long as it was needed, adding that batches of prepared product would be delivered to French health authorities from Monday and that all sanitizers would be given free of charge by the company.

It reiterated that the decision was borne out of care for the French health system, in particlular, and the world health in general, and that it was its corporate social responsibility to contribute adequately towards the wellbeing of France and the world.

“LVMH will use the production lines of its perfume and cosmetic brands… to produce large quantities of hydroalcoholic gels from Monday,”

“LVMH will continue to honour this commitment for as long as necessary, in connection with the French health authorities,” the company said.