Loneliness made me rape my neighbor’s daughter – Ondo farmer 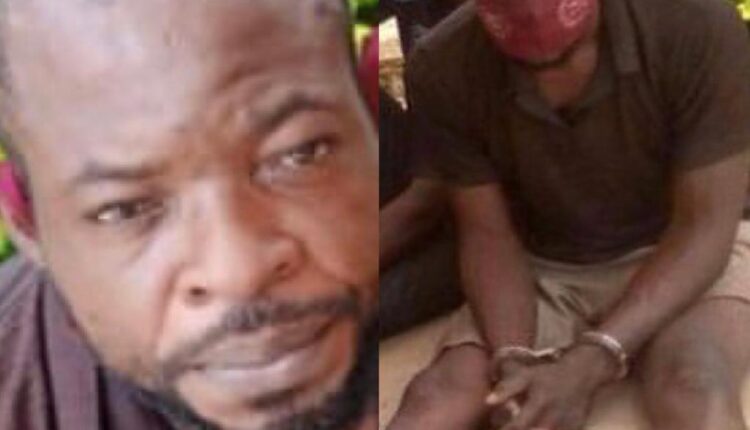 A 35-year-old farmer, Kelvin Abugu, who was arrested and detained by the Nigerian Police, Osun Command, for allegedly defiling his neighbor’s 9-year-old daughter (name withheld), has said that he engaged in the act because he has no girlfriend or relationship.

As gathered, the suspect who claimed he has no partner, committed the crime in his room at Uso in Owo Local Government Area of the state.

It was stated that the girl’s mother, Agnes Emmanuel On May 2, 2021, approached the Police and reported the incident to the law enforcement agency for investigations and possible prosecution.

She reported that she saw her daughter passing out blood from her private part and when asked, she said it was the suspect who inserted his hand and later his manhood into her private part.

After a thorough engagement, the law enforcement agency accompanied the victim’s mother to their house, arrested the suspect, and detained him for allegedly engaging in an act that was classified as a criminal offense in the state.

Parading the suspect on Wednesday, the state commissioner of police, Bolaji Salami said the suspect confessed to the crime that he defiled the nine-year-old girl after he lured the minor into his room under the pretext of watching Television with him.

According to the commissioner, the suspect closed the door as soon as the victim entered his room, adding that when he could not penetrate her and had to use his finger to defile her before penetrating.

The suspect, when interrogated by the men of the operatives, claimed that the reason for his actions was he lacks sexual partner, saying it was the devil who made him raped the minor.

According to him, “I don’t know what came on me, I pounced on the little girl and defiled her before I knew what was happening.”