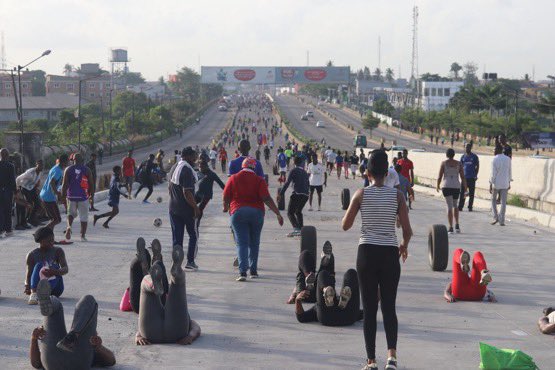 Day eight of the Federal Government ordered lockdown dawned in Lagos to viral pictures of residents on streets in blatant non-compliance to the social distancing directives which had been laid down with aim to prevent spread of coronavirus in the country.

It would be recalled that the President, Muhammadu Buhari, had ordered a total restriction of movement in some select states of the federation, which Lagos was one, and that the move had come following rise in case incidence of the global viral pandemic.

However, scores of pictured people, alleged to be from Gbagada axis of the state, could be seen carrying out physical fitness exercises in close proximity with one another, in violation of the stay-at-home order and with no covid-19 precautionary measures in sight.

Medically advised preventive measures such as use of face masks, or provision of hand washing stands, were markedly absent amidst the throngs of people as the individuals carried out exercises without maintaining safe social distances.

The photos, uploaded on social media platform by users, made it evident that there was presence of police patrol vehicles in the vicinity, however the Guild gathered that nothing was done to disperse the crowd or enforce compliance with government orders.

Traffic gridlock resumed along Lagos’ roads as private vehicles once again filled the streets enroute to various destinations despite government advise for residents to stay home pending time when the 14-day curfew would be called off.

Though it was not ascertained whether the commuters were essential duty workers who had been exempted from the no-movement order, online sentiments held by various users were of opinion that Lagosians had flouted government order and taken to the streets.

Reactions such as those aired by former Big Brother House star, Leo Dasilva, in which he expressed dissatisfaction at the disobedience being displayed by Lagosians, trailed the pictures as soon as they surfaced online, with many social media subscibers offering prayers that such disregard for law would not result in spike of coronavirus incidents in the state.

It is worthy to note that Lagos State is epicenter of the global pandemic in Nigeria, having highest number of disease incidents  recorded within its borders.

You have not worked out this year but you choose lock down and Gbagada express with a crowd of people to start. LOOOOOOOL. Are there many goats doubling as people in this country?
I need to join the police force tbh

I’m surprised at the nonchalant attitude of some Nigerians to this Corona issue. Take a look at Lagos with the highest cases still has gatherings being held by some people. People gathered at Gbagada for reasons best know to them. Actions like this shouldn’t go unpunished. 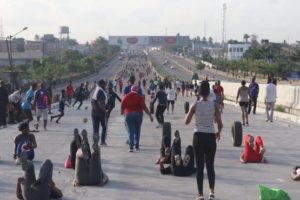 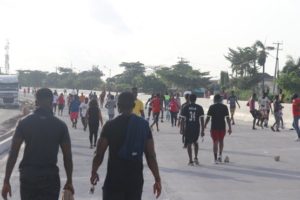 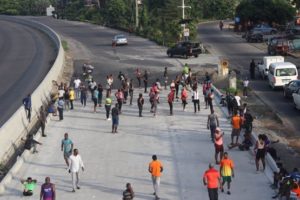 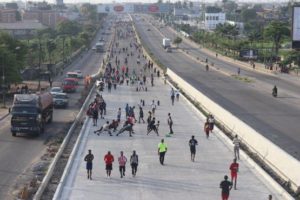 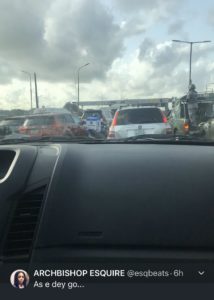