Tinubu, Osinbajo and air of deception 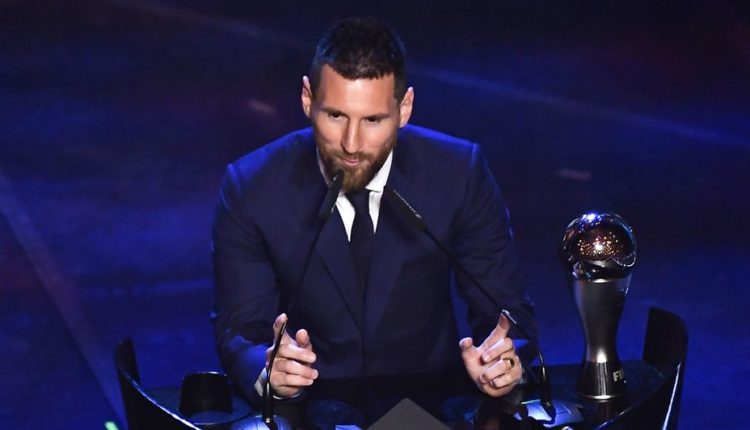 Barcelona’s Lionel Messi was named Men’s Player of the Year at FIFA’s The Best awards in Milan on Monday night.

Messi was nominated for the award alongside Cristiano Ronaldo – who snubbed the ceremony – and Virgil van Dijk and was handed the prize after another stunning individual season.

The Argentine won La Liga but missed out on another Champions League crown after Barca were beaten by Van Dijk’s Liverpool in the semi-finals.

Jurgen Klopp was named FIFA’s Men’s Coach of the Year after guiding Liverpool to Champions League glory in June.

There was more success for Liverpool as Alisson scooped the Men’s Goalkeeper of the Year gong ahead of Ederson and Marc-Andre ter Stegen.

Megan Rapinoe was named the Women’s Player of the Year after scoring six goals as the USA won this summer’s World Cup. Rapinoe beat USA team-mate Alex Morgan and England’s Lucy Bronze to the prize.

Neville guided England to the semi-finals of the Women’s World Cup, which was won by Ellis’ USA side who beat the Netherlands team 2-0 in the final.

Despite being on the losing side in the final, Oranje goalkeeper Sari van Veenendaal landed the Women’s Goalkeeper of the Year gong.

The Puskas prize, awarded to the player who scored the best goal, was won by Daniel Zsori for his incredible injury-time strike in Debrecen’s win over Ferencvaros.

Marcelo Bielsa and Leeds United were also winners as they were handed FIFA’s Fair Play award for allowing Aston Villa to score a goal unopposed following a controversial strike of their own in their Championship clash in April.