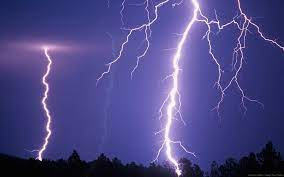 No fewer than twenty-seven people lost their lives after lightning struck in various parts of India’s state of West Bengal, a development that left the area in shambles.

As gathered, the lightning which claimed the lives of 27 residents followed the pre-monsoon storms accompanied by strong winds that hit six districts of the state yesterday’s night.

It was learnt that while most victims were directly hit by the strikes, some deaths were also reported after thatched huts and trees collapsed on the occupants.

Confirming the development, an official of the state’s Disaster Management, Mrinal Rano, explained that the victims were mostly farmers and that others involved were people who simply happened to be outdoors.

Rano added that the worst hit during the incident were six people sitting near a pump house in Murshidabad district that struck by a lightning bolt.

“We do get such storms in the pre-monsoon time, but the high death toll this time is unusual. Generally, (we) have two to five fatalities during such incidents, but this time it is several times higher,” Rano said.

On his part, Indian’s Prime Minister, Narendra Modi, expressed grief at the loss of life, pledging that his administration would all it can to help affected families.

In a related incident, a domestic flight was hit by turbulence just before landing at the state capital, Kolkata, leaving eight passengers injured.

Summer storms accompanied by strong winds are common in India ahead of the rainy monsoon season. Meanwhile, the weather bureau has forecast more storms for India in the coming days.