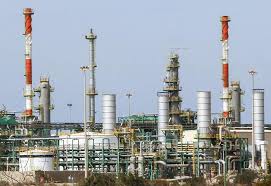 The oil facilities in Libya have been approved for reopening months after it was shut to prevent destruction from two military factions that have continued to lay claim to the country’s leadership after demise of the former head of state, Col. Muammar al-Gaddafi.

These facilities sited in eastern part of the country were said to have been approved for reopening to address paucity of funds and power outage that have crippled economic activities.

As gathered, the country has lost over $3 billion since closure of the facilities earlier in the year after the leadership rivalry between the two factions, east, and west, intensified.

Announcing reopening of the facilities, Commander of the Oil Facilities Guard for the east, Naji al-Maghrabi, said through a statement that in preserving the production and export areas, existing oil installations, like gas and oil tanks, pipelines, and exploration equipment, the oil ports will kick start operations.

Al-Maghrabi added that, frequent power blackouts in power plants caused by lack of fuel supply was another reason considered when the decision was made, and that General Khalifa Haftar, the east-based army commander, ordered the new development after a meeting with the officials of the east-based government.

The two fractions continue to make conflicting decisions for the country, having taken control of different facilities across the country, and no reconciliation is in sight for the two parties to come to a truce as the division is likely to continue into the foreseeable future.