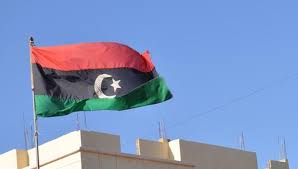 The Government of National Accord (GNA) of Libya has announced a nationwide cease-fire, a move said to be putting an end to ongoing hostilities and aimed at demilitarization of the country in giving room for presidential and parliamentary elections.

The Tripoli-based faction of the government’s announcement was coming barely 48 hours after the eastern-based Libyan National Army (LNA), the other fraction of the two governments in Libya reopened the oil ports for exploration.

Following the death of long term leader Maummar Gaddafi, Libya was been run by two different governments which have led to years of civil unrest in the country.

The United Nations-backed GNA headed by premier Fayez al-Sarraj, was founded in 2015 to find a lasting solution to political unrest in the country but was unsuccessful as a force loyal to military leader Khalifa Haftar of LNA battles for control of the country.

GNA said that the cease-fire requires the areas of Sirte and al-Jufra to be demilitarized within security arrangements and as well call for presidential and parliamentary elections in March.

Speaker of pro-Khalifa Haftar Libyan parliament, Aguila Saleh, in response to the announcement, called on all parties to immediately cease-fire and ordered the military to stop all combat operations.

“The truce will make Sirte a temporary seat for a new presidential council to be guarded by police forces from various regions in the country”, he added.