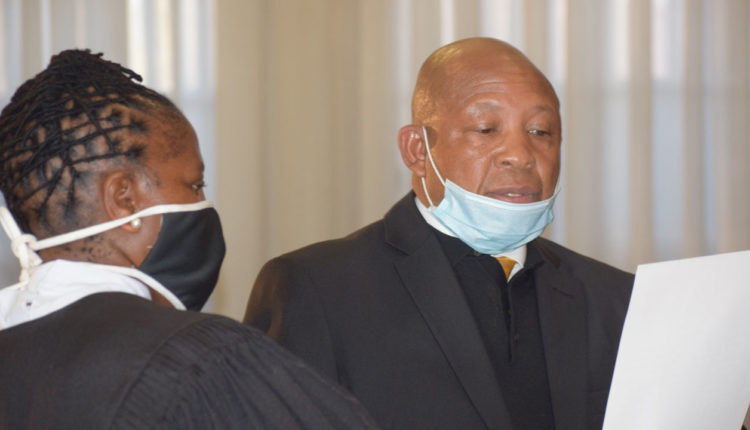 Following the resignation of Thomas Thabane as Lesotho’s Prime Minister, the southern African country has sworn in a former finance minister, Moeketsi Majoro, as the new Prime Minister.

The ceremony came on the heels of Thabane’s resignation on Tuesday, and the need to fill the vacuum left by the ex-leader in continuation of the business of governance in the country.

The new Prime Minister, Majoro, during a low-key swearing-in ceremony on Wednesday, pledged to serve the country with the best of his ability, and restore the nation’s lost glory.

The 58-year-old, who took the oath of office at a ceremony at the royal palace of King Letsie III in the small southern African kingdom, said, “I will be a true and faithful prime minister, so help me God.”

Recall that Thabane had yesterday formally offered his resignation to the nation, as well as the All Basotho Convention (ABC) Party, on which platform he had been elected to office.

Thabane gave his resignation through a televised speech to the country on Tuesday, saying that the time had come for him to take leave of the Prime Minister’s office and retire from political life.

The 80-year old expressed his best wishes for whoever is chosen to take over the position of prime minister and assured the nation of his continued support at all times.

“I come before you today to announce that the work that you assigned me may not be over but the time to retire from the great theatre of action, take leave from public life and office has finally arrived,”

“I plead with the entire nation and leadership to give my successor utmost support and on my part, I wish to assure him of my support at all material times,” he said.

Thabane also handed in a formal resignation to the top traditional ruler of the South African nation, King Letsie III.

It would be recalled that the former prime minister had faced mounting pressure to step down after his suspected involvement in the murder of his first wife, Lipolelo, following which Thabane had promised to resign from the position of prime minister.