10 movies you mustn’t miss in October 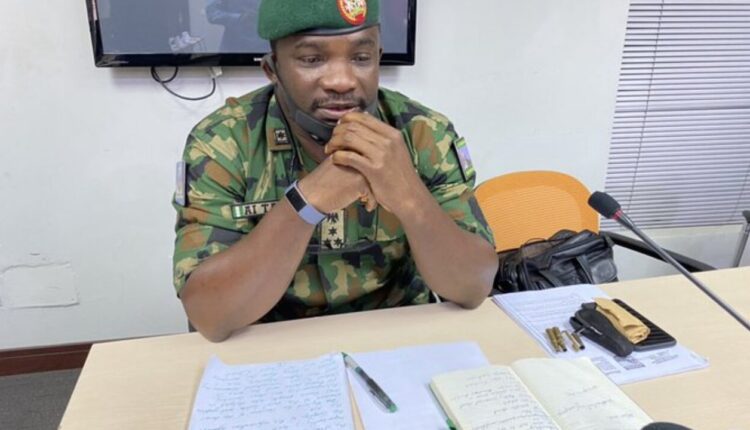 Your analysis on Arise TV this morning about Brig-Gen Ahmed Taiwo’s presentation at the Lagos tribunal was completely off the mark. Like the typical Nigerian, you dabbled into an issue you know nothing about and lack the simple self restrain from sharing outright falsehood with your viewers around the world.

I am very agitated that I had to watch the falsehood from over 5000 km from the Nigerian shores. I am wondering how many people around the globe listened to the deliberate lies you shared this morning. In the testimony of Gen Taiwo at the Lagos Tribunal, he was clear that “acting on the Chief of Army Staff directive, soldiers were pulled from training in the various military institutions located in Lagos to support the Internal Security (IS) operations in restoring law and order in Lagos”.

That statement does not suggest anywhere that the soldiers that were pulled from the various schools are fresh recruits. The annual Nigerian Army training programme ensures that soldiers from various formations around the country are nominated to attend various proficiency training in different fields of knowledge .

The impression you created on tv that soldiers on training drafted to support IS operation were novices is totally false and misleading. An infantry soldier nominated from his unit in Enugu or Zaria to attend a basic intelligence course at the Nigerian Army Intelligence School, Tego Barracks, Apapa-Lagos cannot be said to be a novice.

He does not require any fresh training to be drafted into IS operation because he is first and foremost, a combatant soldier, trained in weapon handling, and must have participated in similar operations elsewhere.

As of today, it is impossible to find an infantry soldier in the Nigerian Army who has not had combat or IS operations experience either in the NE, NW, Niger Delta, or even in external campaigns in Sierra Leone, Liberia, Sudan, Congo, Somalia, etc. Being on course or annual training at the Logistics school in Lagos does not mean you are a fresh recruit.

Reuben Abati on Arise tv this morning went beyond the normal to twist the presentation of Brig AI Taiwo to men ‘fresh soldiers on training were drafted to restore law and order in Lagos”. For a fact, the information was deliberate falsehood and misleading because Reuben Abati has the means and reach to clarify what the General meant by drafting soldiers from training institutions before broadcasting to the world.

All soldiers on training at the various military institutions around the country are all regular soldiers. Freshmen/women can only be trained as officers and soldiers in only 3 institutions in Nigeria ie NDA (Kaduna), AFCSC (Jaji), and Depot NA (Zaria). This is a typical example of how the media is contributing to escalating the crisis we are experiencing nation-wide.