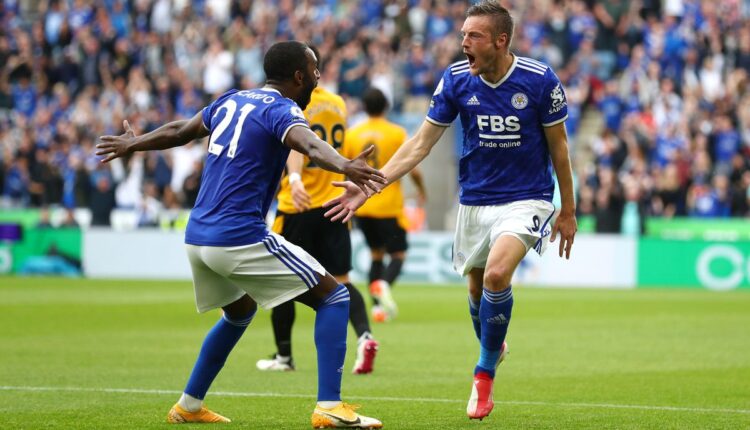 Efforts by Leicester City manager, Brendan Rodgers, to restore the club to its place of pride in 2022/2023 English Premier League (EPL) has finally started yielding result after the team thrashed Wolves 4-0 away at Molineux, the home ground of the losing team.

The victory was Leicester’s first away Premier league win of the season and move off the bottom of the table as well as out of the relegation zone.

During the game played on Sunday, Youri Tielemans put the Foxes ahead with a stunning 22-yard strike, which flew past Jose Sa and went in off the post.

Wolves had nine shots in the opening 17 minutes, but fell 2-0 behind when Harvey Barnes linked up with Kiernan Dewsbury-Hall and slotted past Sa for the second goal.

A Chelsea former striker, Diego Costa, still searching for his first goal since joining Wolves on a free transfer in September, had numerous chances but could not beat visiting keeper, Danny Ward, who tipped one shot over and saved a header.

Other scoring opportunities that also came the way of the striker were either blocked by the defense or deflected away by the visitors to deny their host any chances of getting into the game.

Daniel Podence was another to be denied by a brilliant Leicester goalkeeper, while Ruben Neves fired a free-kick just wide at the start of the second half.

By the time Leicester scored their third through James Maddison who was pressing his claim for a place in England’s World Cup squad expected to participate in the tournament next month.

Before the goal, Wolves had created and missed 20 opportunities but Maddison goal came from only Leicester’s third attempt of the match and they scored with their fourth too through their striker, Jamie Vardy.

The striker scored from close range following Timothy Castagne’s cross, as they finally won away from home in the league after five successive defeats.

Reacting to the victory, Rodgers stated that the team’s efforts to achieve a win from the game paid off, just as he assured fans that the team would work effectively towards returning to the top four.

“We are growing nicely, but there is a long way to go. Collectively, we were very, very good. We carried a threat, and defensively we were excellent. Our pressing has been perfect and all the goals were fantastic.

“Confidence will grow and we’ll get better. Concentration is better, everybody is focused, pressing at the right time, and forcing teams into mistakes. Then we know we have the quality in the final third.”

The win takes Leicester up from 20th to 16th, while Wolves drop a place to 19th and are only above bottom-side Nottingham Forest on goal difference.

During the second half the home fans at Molineux showed their anger towards technical director, Scott Sellars, with chants of “We want Sellars out” and “Scott Sellars, get out of our club”.

Another chant was “Sellars, make a sub”, but interim head coach, Steve Davis, rejected suggestions that Sellars, a former Leeds, Newcastle, Blackburn, and Bolton winger, was having a say on tactics during a game.

“Scott does his job upstairs and we do our job downstairs. I’m not on social media so that was the first time I heard something like that [from the fans].

“He is not involved in picking the team. We [Davis and coach James Collins] select how we play and we make the substitutions,” Davis added.

These are tough times for Wolves, who reached the Europa League quarter-finals in 2020, but sacked manager Bruno Lage earlier this month.

Their attempts to secure a replacement have not gone well. Former Spain manager Julen Lopetegui and ex-Watford manager Rob Edwards have been interviewed, while former boss Nuno Espirito Santo, who took them into Europe, was linked with a return. And on Thursday, QPR boss Michael Beale rejected them, preferring instead to stay with the Championship leaders.