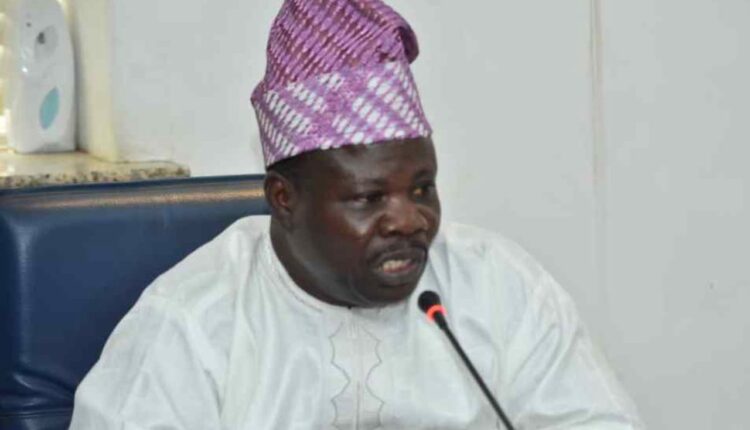 53 years ago, a child, Soji Samson Amosun was born. His parents ensured he had a good education to be a Journalist and a Union leader.

His educational pursuits and Journalism certificate were not subjected to any controversy. His classmates abound in the Journalism profession to date. They were at his funeral.  Chosen  Journalism was a choice to stand for what is good as Journalism core function is to, inform, educate and entertain the populace.

He took a job with the Federal Government-owned  National Orientation Agency, NOA, in Abeokuta,  Ogun state, and became a Deputy Director after years of dedicated service. Instructively, he equally ventured into NUJ politics for the public good and public interest.

It was on record that Soji Amosun was a former Financial Secretary, General Secretary of the Nigerian Union of Journalists, NUJ Ogun council for two terms. He served diligently and later contested for the Chairman and won in a landslide. His success in the election was instructive against the meddlesomeness of the then NUJ President and his goons.

Soji Amosu was always calm in the face of controversy.  In 2017 as a member of the Southwest leaders, monitoring the Lagos NUJ  Council election, Soji was calm and shared in the joy of my emergence as the Chairman Lagos NUJ for three years. Am always moved by his gentle mien, soft-spoken and humble interventions at the Southwest zonal meetings and the National Executive Council, NEC  gatherings of the NUJ, first under Waheed Odusile.

He was always beaming with smiles.  At the Abeokuta triennial conference and National election between Waheed Odusile and Chris Isiguzor, Soji was a reliable ally.

He parted ways with his then Chairman, Wole  Shokunbi, alias Ataba over Odusile’s return to the exalted position of the National President of the NUJ.

It was equally instructive that Soji Amosun stands to be counted on the positive side of history. He voted against the suspension of Abdul Waheed Odusile, former NUJ President by a teleguided NEC  in Lokoja, in 2019.

The NEC then was teleguided without recourse to the constitution of the union to set up a disciplinary committee or ethic committee to summon and give a fair hearing to any member allegedly accused of a misdemeanor in the union.

That was the height of his disagreement with Chris Isiguzor’s leadership and his supporters. As a believer in the rule of law, he sought relief from the National Industrial Court, Ibadan for his stolen mandate by Caretaker of the NUJ Ogun council.

He was confirmed as duly elected Chairman by the National Industrial Court. He stood by that struggle until his last days on earth.

For progressive ideas burning in him, he had discussions with me on the establishment of a Community Radio station in Ogun state and other laudable programmes for the NUJ Ogun council. I obliged him with the blueprint of the Lagos NUJ Community Radio initiative.

Within the period in the saddle of Ogun NUJ council, he had gathered support and goodwill from Ogun state Journalists, leaders of thoughts, and the intelligently on repositioning  NUJ Ogun state council to greater heights.

He had a good family life, and gave the best education to his children, and loved his wife passionately. His son is a medical doctor, who attests to the determination of his father in anything he does.

Surely, we have all lost a friend, devote Journalist, unionist, and a family man. To all intent and purpose, Soji Amosu came, conquered, and left this world with indelible positive marks. May God bless his soul and give us the fortitude to bear the irreparable loss. Good Night Soji Amosu. Indeed,  Death is a necessary end. It will surely come to all.