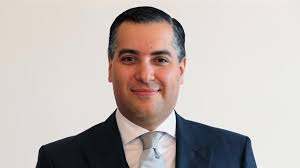 Lebanon has named its envoy to Germany, Mustapha Adib,  as the country’s new Prime Minister to replace Hassan Diab, whose cabinet was dissolved after his resignation over the Beirut blast.

Adib’s announcement followed parliamentary elections where he pulled 90 out of 128 votes, a majority votes enough to form a new government in the wake of the Beirut explosion.

The previous cabinet resigned days after protests rocked the streets of Lebanon after an explosion that tore the city of Beirut into shreds, leaving not less than 180 people dead and several properties destroyed.

Adib’s appointment was announced on Monday in a televised statement after he arrived at the palace in Baabda near Beirut to meet President Michel Aoun and parliament speaker, Nabih Berri,

Briefing newsmen after his meeting with the Lebanese President, Adib assured that the new his government would ensure unity of purpose as part of the government’s commitment for citizens to work in healing and restoring hope in the country.

“Lebanese people are worried about the present and the future. We will hopefully be able to form a government with professional people to implement fast reforms to put the country on the right track for restoring prosperity,” Adib said.