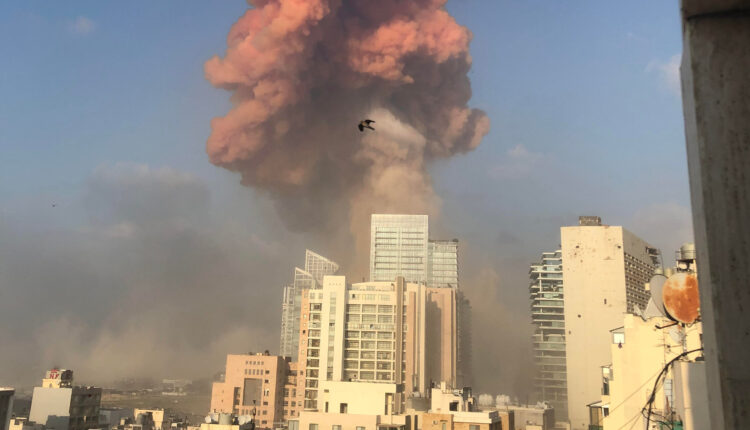 No fewer than 73 people have been confirmed to have died and 3,700 people sustaining varying degrees after the massive explosion at the port in Beirut, the capital of Lebanon.

Aside from those injured, several other residents were reportedly trapped beneath the rubble and atleast 10 firefighters missing after the blast that was attributed to confiscated explosive materials by the government.

But confirming the latest figure, Lebanese authorities said that the explosion which rocked Lebanon capital, Beirut, halting activities in the country as at last count killed 73 people.

Though the cause of the explosion was yet to be ascertained, Lebanon’s Interior Minister, Mohammed Fahmi, attributed to incident to an ammonium nitrate that was stored in a warehouse at the port.

On his part,  Lebanese President Michel Aoun, described the explosion as unfortunate and argued that it was “unacceptable” that 2,750 tonnes of ammonium nitrate were stored in a warehouse for six years without safety measures.

Aoun, through a post on the presidency’s social media page, assured citizens that those responsible would face the “harshest punishments”.

He also directed that a two-week state of emergency should be declared to allow for proper investigation.