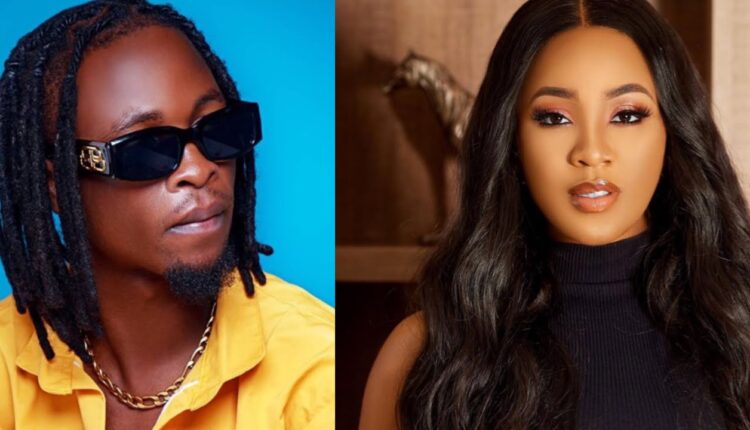 The winner of the Big Brother Naija (BBNaija)  lockdown edition winner, Olamilekan Massoud, popularly called Laycon, and his former housemate, Erica Nlewedim, Also Known As Erica, have met and ended their differences which started one year ago while they were both housemates.

As gathered, the meeting between both celebrities was said to have been held at a restaurant and brokered by other top celebrities that appealed Laycon and Erica to end their feud and strengthen their ties.

The meeting came barely a month after Erica claimed that she was not interested in reconciling with Laycon, describing him as one that does not reveal his true identity.

Confirming the reunion, Erica, in a video-monitored by The Guild was heard calling Laycon’s name and introduced him to the thousands of her fans as the ‘love and light ‘ man that she would be hanging out with.

Erica released the videos through her official social media handle yesterday and from our correspondent’s observation, she was elated that she and Laycon would be endinging their face-off.

It would be recalled that Erica was disqualified from BBNaija after she had an altercation with Laycon in the house and was accused of body shaming  him, which further attracted attention from other housemates.

When asked about her relationship with Laycon, Erica said she doesn’t care about him and had not spoken about the issue since they left the house.

When asked why she refused to have a conversation with Laycon for a possible reconciliation, Erica said: “I will never be stupid again that’s why I didn’t say anything to him and tried to reconcile.