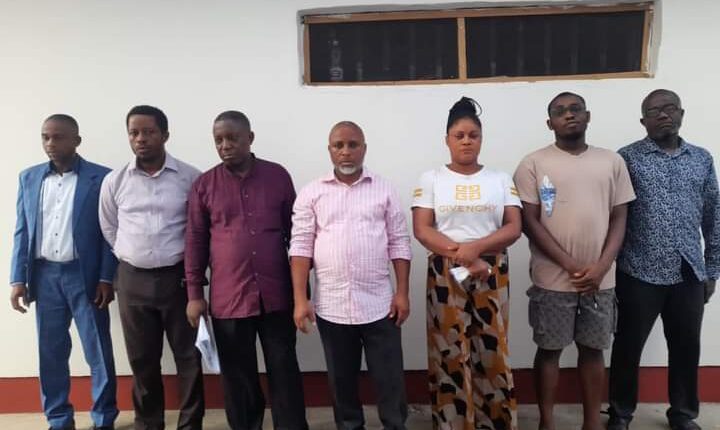 A lawyer, Samuel Ebitu, alongside six other accomplices have been arraigned before a Federal High Court sitting in Uyo, Akwa Ibom state for allegedly stealing N13 million from a deceased police officer, Godwin Umoren.

The suspects were said to have allegedly conspired and diverted the said sum from the account of the deceased policeman for their personal use.

As disclosed through the social media of the Economic and Financial Crimes Commission, on Friday, the suspects were arraigned before Justice Agatha Okeke on two-count charges bordering on conspiracy, forgery and obtaining by false pretence.

According to EFCC, the widow of the late Chief Superintendent of Police had raised a petition against the defendants for allegedly diverting the said sum of money from the account of her dead husband.

It said that it was based on the information that the investigations were carried out and it eventually led to the arrest of the seven suspects.