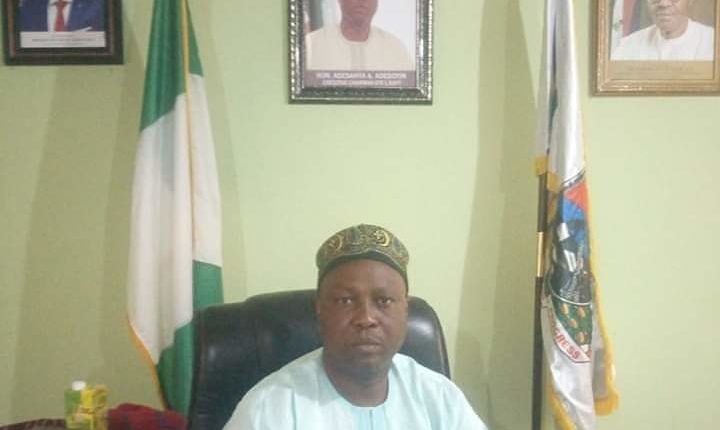 Activities at the Epe Local Government Secretariat were on Tuesday marred when councilors allegedly sealed the council chairman’s office over gross misconduct and financial misappropriation.

The Legislative Arm, who stormed the secretariat at early hours of the day alleged that the Chairman, Adesanya Adedoyin, awards contract without ensuring the project passes through the tender board.

Investigation revealed that the lawmakers embarked on the act after several consultations with Adedoyin, to ensure every procedure was done in accordance with the constitution.

Rather than yield, the lawmakers alleged that the chairman was not releasing statutory funds for daily running of their offices.

Also, the council boss was said to have appropriated funds without due consultation with lawmakers, rather, operate the council activities like a private business.

An eyewitness told our correspondent that the lawmakers removed the barricade placed at the entrance of the council boss office after some leaders of All Progressives Congress (APC) in the council have appealed to the lawmakers to sheathe their swords to ensure peace and harmony reign.

Responding, the council chairman in an exclusive interview with the Guild, stressed that the lawmakers do not have rights to seal his office, saying, though I am not aware that my office was sealed because I arrived few minutes ago and it was opened.

“I guess they were planning other things not seal of my office. I am just arriving at the office and the entire Secretariat is calm.

“I can authoritatively tell you that there is no acrimony between me and any of the councilors. They do not have the right to seal my office; I guess they were doing another thing not seal”, Adesanya added.