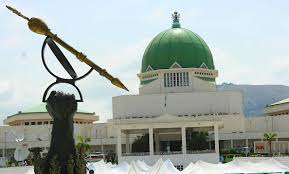 The National Assembly has promised a quick intervention on the unpaid wages and other demands brought by the National Labour Congress (NLC) over the ongoing strike by Association of Staff University Union (ASUU).

The lawmakers assured that they are equal to the task and that they would call all stakeholders to resolve the crisis as soon as possible.

Speaking during the NLC in Abuja, on Wednesday, the speaker of the house, Femi Gbajabiamila disclosed that they have been in discussion with the association since the protest started and that the demands would be addressed.

The Speaker, who was represented by Mohammed Wudil, promised to ensure all relevant stakeholders would be brought together as soon as possible to address the problem.

“We are going to bring the stakeholders on the same table to resolve this crisis. We are going to make sure your demands are addressed appropriately. We are equal to the task.” he said .

On his part, The President of the NLC, Comrade Ayuba, said that there would be no going back on its proposed national strike if the Federal Government fails to resolve the ongoing strike action in universities and other tertiary institutions.

Ayuba, who said this when he led members of the union, students, parents, and other stakeholders on a protest to the National Assembly, said the national strike action would be preceded by a three-day national protest.

Wabba said about N1.6 trillion spent by the elites to send their children to schools outside the country is enough to revamp education.

JUST IN: Lawmakers threaten to impeach Buhari over rising insecurity