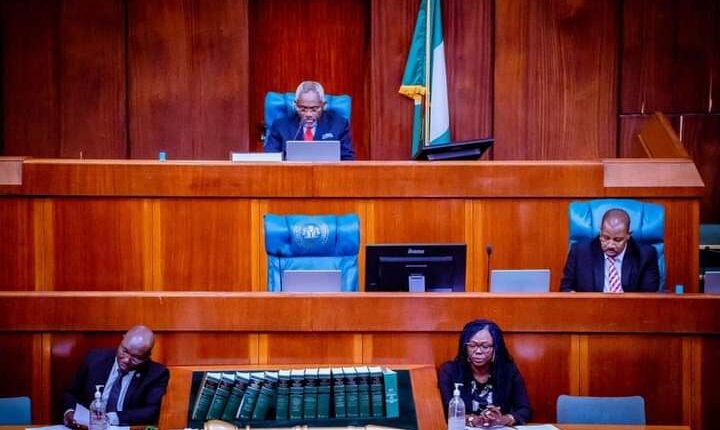 The House of Representatives began investigations on the petroleum products subsidy regime of the Federal Government from 2017 to 2021.

The lawmakers said that they would create an ad-hoc committee which would handle the probe and that the members would be named on Thursday by the Speaker.

During the plenary in Abuja, on Wednesday, at the session that was presided over by the Speaker, Femi Gbajabiamila, a member from Edo State, Rep. Sergius Ose-Ogun, was said to have moved the motion on the matter and secured the endorsement of the House to give effect to the investigation, which would last for eight weeks.

According to the motion:, “The House notes that section 88 (1) and (2) of the Constitution of the Federal Republic of Nigeria (As Amended) empowers the National Assembly to conduct investigations into the activities of any authority executing or administering laws made by the National Assembly;

“Also notes that Section 32 of the Petroleum Industry Act, 2021 saddles the Petroleum Midstream and Downstream Regulatory Authority with the task of regulating and monitoring technical and commercial midstream and downstream petroleum operations in Nigeria;

“Informed that as of 2002, the NNPC’s purchase of crude oil at international market prices stood at 445,000 barrels per day in order to enable it to provide petroleum products for local consumption;

“Concerned that as of 2002, the installed capacity of Nigeria’s local refineries stood at 445,000 barrels per day, however, their capacity utilisation began to nosedive and eventually fell completely to zero due to the ineffectiveness and alleged corruption of critical stakeholders in the value chain;

“Aware that due to the decline in the production capacity of the refineries, Nigerian National Petroleum Company Limited found it more convenient to export domestic crude in exchange for petroleum products on trade by barter basis described as Direct Sales Direct Purchase (DSDP) arrangement;

“Also aware that component costs in the petroleum products subsidy value chain claimed by the NNPC Limited is highly over-bloated while the transfer pump price per litre used by the NNPC Limited in relation to PPMC is underquoted as N123-N128 instead of N162-N165 and this fraudulent under-reporting of N37-N39 per litre translates into over 70 billion naira a month or 840 billion naira a year;”

The lawmaker said that the subsidy regime has been unscrupulously used by the NNPC Limited and other critical stakeholders to subvert the nation’s crude oil revenue to the tune of over 10 billion US dollars, with records showing that as at 2021, over 7 billion US dollars in over 120 million barrels have been so diverted.

He further stressed that there exists evidence that subsidy amounts are being duplicated, thus subsidy is charged against petroleum products sales in the books of NNPC as well as against crude oil revenue in the books of NAPIMS to the tune of over N2 trillion.