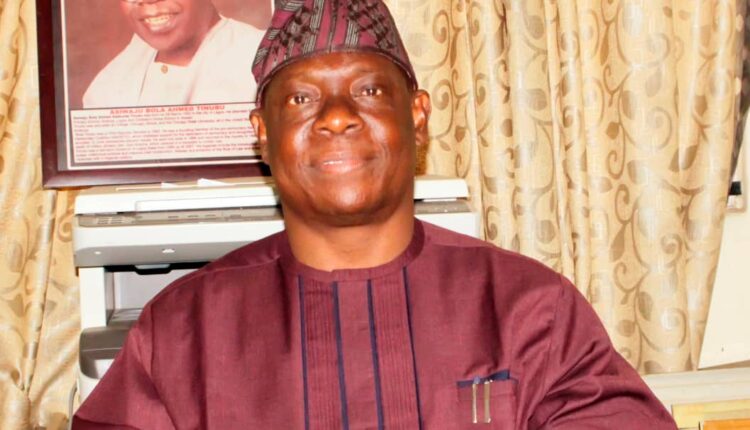 A former lawmaker representing Agege Federal Constituency in the House of Representatives, Taofeek Adaranijo, has defended Lagos State Governor, Babajide Sanwo-Olu’s on his governance style, saying the governor was committed to completion of projects inherited from his predecessor, Governor Akinwunmi Ambode.

He explained that the Sanwo-Olu-led administration had in the 500 days has been focusing on continuation of projects inherited from last administration as part of commitment to take Lagos to next level of development.

Briefing newsmen in Lagos yesterday, Adaranijo said Sanwo-Olu administration has not let the people down with his infrastructural development, response to COVID-19 pandemic and engagement of people among others.

According to him, Sanwo-Olu has been performing excellently well and there have been a lot of improvements in the provision of the dividends of democracy to the people.

“He met a lot of projects yet to be completed by the last administration and he has focused on completing them. Everyone can see these all over the state; this is commendable.

“I know, immediately those projects are completed, the governor will embark on new projects,’’ Adaranijo, a former Orile-Agege Council boss said.

He hinted that that the governor has continued to make life easy and more abundant for residents of the state in terms of infrastructural development, ease of doing business, a development he said had facilitated job creation.

Adaranijo, who commended Sanwo-Olu’s response to COVID-19 pandemic and the ENDSARS protesters, added that his commitment to deliver the Agege Pen Cinema Flyover Bridge was commendable.

According to him, the bridge will open up Agege and enable other developments to spring up in the area when completed.

The former lawmaker said that the state government should continue on his commitment to repairing roads and build more schools in Agege and its environs.

According to him, efforts are being made to build more classrooms in some schools, provide boreholes, street lights, electricity transformers and massive empowerment for youths and women when he represented the federal constituency.