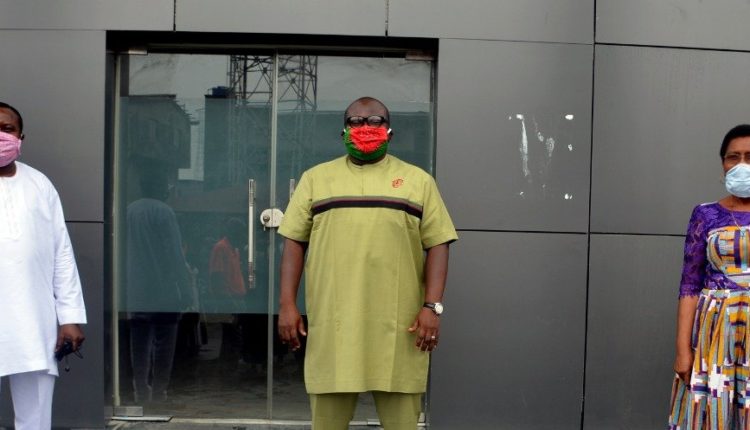 The Lagos State Waste Management Authority (LAWMA) has confirmed The Guild report on the suspension and appointment of Managing Director for the agency.

LAWMA’s confirmation came hours after the Guild reported that Dr. Muyiwa Gbadegesin, the former managing director of the agency, had been placed on two-month suspension over alleged low performance during his tenure.

Also, the organization reported that days after Gbadegesin’s suspension, the State Governor, Babajide Sanwo-Olu, appointed Ibrahim Odumbomi, as the acting Managing Director of the agency.

In a picture made available to the Guild by the Public Affairs Officer (PAO), Akeem Akinleye on Tuesday, the new managing director was seen standing in a photograph after a meeting with representatives of Association of Waste Managers of Nigeria, Lagos Chapter at the headquarters in Ijora.

The waste managers, who were represented by their chairman, David Oriyomi and another Executive member, Elizabeth Soetan, visited the headquarters to congratulate Odumbomi on his appointment.