Kaduna Govt threatens to impose another lockdown after… 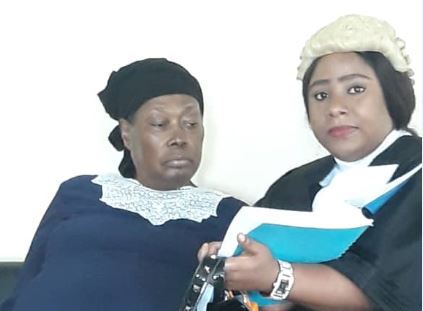 It was gathered that Taiga is accused of complicity in the controversial contract Nigeria signed with an Irish firm, Process and Industrial Development Company (P&ID) in 2008.

aiga, who w ill become the third person to be charged by the anti-graft agency,was arraigned on an 8-count charge, will appear before a Federal Capital Territory (FCT) High Court in Apo, the antigraft agency revealed in a message to the newsmen.

It would be recalled that  on Thursday the Federal Government arraigned two representatives of the P&ID before a Federal High Court in Abuja on allegations of fraud.

The two suspects, Muhammad Kuchazi, said to be a commercial director of P&ID, and Adamu Usman, a director of the company in Nigeria, pleaded guilty to the 11 counts of fraudulent involvement in the contract.

The court in its ruling on Thursday convicted the suspects and ordered the firm to forfeit all its assets to the Nigerian government.

It was recalled that the EFCC commenced an investigation of the contract following a British court ruling that Nigeria owed the Irish firm about $9 billion for violating terms of the contract.

The contract for gas supply and processing (GSPA) was signed by the administration of late President Umaru Yar’Adua and P&ID.

The company was to build gas processing facilities around Calabar, Cross River State, and the government was to supply wet gas up to 400 million standard cubic feet per day. The agreement defined wet gas as “associated gas removed, during oil production, having a propane content of not less than 3.5 mol percent and a butane content of not less than 1.8 mol content, compressed and delivered via pipeline to the site.”