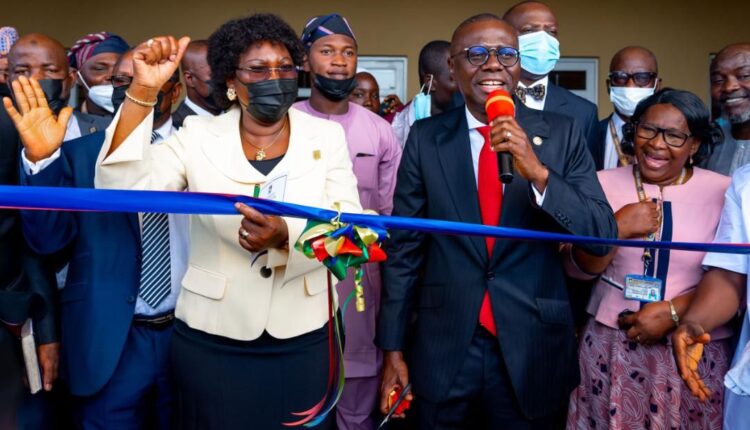 The students noted that while the invitation had been rejected by some celebrities and known influencers, they would be walking with the governor in support of steps he was taken at reconciliation and achieving true healing after the disturbances that trailed last year’s protests against police brutality.

They argued that the leaked report of the Justice Doris Okuwobi-led Judicial Panel of Inquiry set up by the governor had caused enough controversy, and that there was need for the state to move past the incident by setting in motion true reconciliation machinery which would be ushered in by the solidarity walk.

Speaking on Thursday after Sanwo-Olu commissioned the newly built students arcade at LASU, the President, Student Union Government, Oladipupo Badmus and Speaker, Students Union Representatives, Mustapha Adejuwon, who led hundreds of students to welcome the governor, noted that irrespective of insinuations from different quarters, the current administration meant well for residents of the state, particularly the youth.

While describing Sanwo-Olu as youth-centric governor, they commended the governor’s giant strides in Lagos State, especially in the education sector and youth engagement despite the reactions that have been trailing the last year demonstration at Lekki Toll gate on October 20, 2020.

The student union president however announced that all students of the state owned tertiary institution have resolved to walk with the governor for peace and prosperity of the state, irrespective of the prevailing atmosphere, assuring that the governor would weather the storm and reposition the state on path of healing and development.

Meanwhile, after commissioning the LASU students Arcade which is adjudged the largest Student Union Building in any Nigerian tertiary institution, the governor also donated two big buses to the students body as well as other gadgets and equipment for students’ use.