Just in: 17 escape death after boat mishap in Lagos 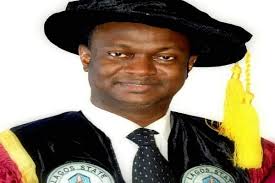 The Rector of the Lagos State Polytechnic (LASPOTECH), Olaleye Nurudeen, has lost his mother, Fausat Olaleye at 75.

She was said to have died following a brief illness.

As learnt, Olaleye’s mother reportedly died in the early hours of Sunday.

The late accountant is said to be survived by six children including Olaleye, the Rector of LASPOTECH

Her death was said to have come days after LASPOTECH community and students celebrated the 11th rector of the college, Olaleye’s milestone achievements in one year.