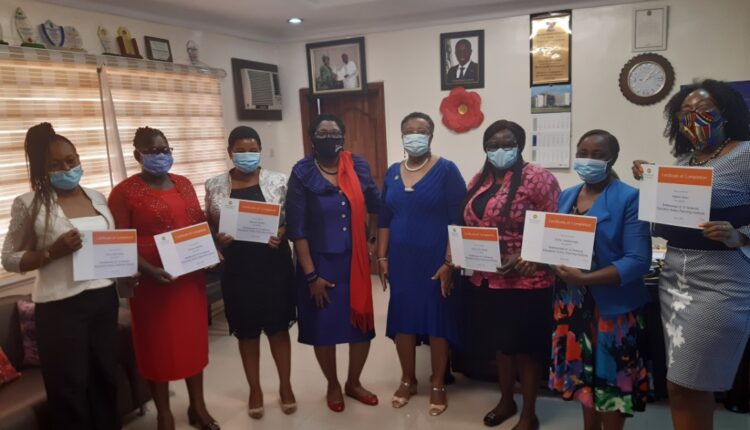 The Lagos State Government and United States of America’s Smithsonian Museum Science Institute, have disclosed that the duo would be joining forces to drive reforms in the state’s education sector through the goals of Science, Technology, Engineering & Mathematics (STEM) curriculum adopted by the government.

They both said that collaboration had been made to ensure their mission to transform and improve the learning and teaching of science for primary and secondary school students is achieved across the state.

As stated, the partnership would enable educators from the state to join their counterparts across the world who converge yearly to gain an in-depth understanding of the Leadership and Assistance for Science Education Reform (LASER) model and apply it to strategic planning for their varied communities.

The state’s Commissioner for Education, Folasade Adefisayo, said that the event organised annually by the US-based institute would afford officers from the ministry involved in curriculum improvement to participate in their annual intensive week-long training which is held every July.

Through a statement released to newsmen by the ministry, Adefisayo stressed that the Governor Babajide Sanwo-Olu-led administration was working assiduously to innovatively ensure that quality of education across the state was pushed to an enviable world-class standard, adding that the collaboration with US-based institute was a testament to the government’s commitment.

She noted that setting up stem education was necessitated as part of measures to integrate it into the curriculum while the infusion of education and technology was a catalyst for overseeing the operation or implementation of stem practices in the classroom.

“With the challenges and demands of a technology-driven economy in the very near future, the state needs to place elevated importance on STEM education by creating a steady pipeline of skilled personnel to meet these demands as it remains germane for the actualization of the ‘smart city’.

“We are working on driving the infusion of the STEM teaching and learning methodology in the basic educational curriculum of Lagos State to encourage students to become innovators and problem-solvers instead of becoming sole consumers of knowledge remains crucial if we must prepare the students for the future.

“We also should ensure that our state is a stem literate-society that would produce a crop of intellectually enhanced students who will grow to contribute meaningfully towards the development of their communities, corporate firms, and the economy at large,” the statement said.

On the institute, Adefisayo revealed that their work is centered on the establishment of effective science programs for all students towards attaining research and curriculum development transformation through their teaching and learning of science.

“The SSEC has had widespread impact through their support of schools, districts, states, and ministries of education all across the 50 States of the United States and 43 nations through theirs proven Leadership and Assistance for Science Education Reform (LASER) model, which they have proven through data & vast experience to lead to higher student achievement in science and improved science teaching and learning” the statement added.