LASG to set up air control stations, other pollution strategies 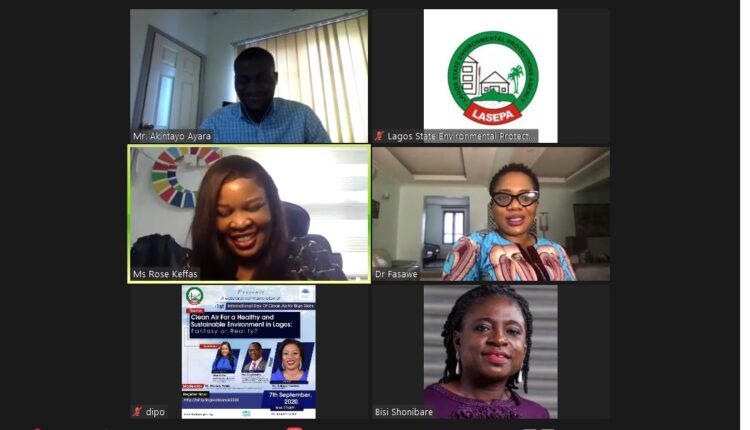 The Lagos State Government has disclosed that plans are being concluded to accelerate policies,  action plans and set up air control stations among other pollution strategies aimed at improving air quality across the State.

It explained that call had become imperative after statistics have shown that air pollution was the number one public health risk associated with millions of death worldwide, a development which the government claimed called for serious attention.

The General Manager, Lagos State Environmental Protection Agency (LASEPA), Dr. Dolapo Fasawe, said that the statistics of health challenges associated with air pollution had been something of concern to the government and that the efforts were to drastically reduce air pollution across the state.

Through a statement by the agency’s spokesman, Bola Ajao, Fasawe spoke during a webinar session themed Clean Air for A Healthy and Sustainable Environment in Lagos (Fantasy or Reality), in commemoration of the First International Day of Clean Air for Blue Skies last week.

According to her, rapid urbanisation and industrialisation of Lagos have contributed to the exposure of people to ecological problems and changing climate conditions, with its attendant negative effect on human health.

Fasawe noted that policies and other actions being taken by the government was to improve  air quality as part of efforts  to increase the chances of preventing mortality associated with air pollution.

She listed vehicular and industrial emissions as major sources of air pollution in the state, noting that the metropolis observed and enjoyed very good Air Quality Index (AQI) during the period of the nation-wide lockdown as a result of the restrictions placed on both human and industrial activities.

“The  government is committed to the deployment of Air Quality Monitoring Stations at strategic locations in Lagos to enable the government measure criteria air pollutants on a 24-hour, real-time basis, to serve as foundation for developing informed policies and actions towards improvement of air quality.

“To mitigate the health risk associated with air pollution, the Agency will also be carrying out a public air quality awareness campaign particularly in exposed communities such as people living in areas with high vehicular movement and industrial activities. This campaign will target high-risk communities with high prevalence of avoidable high-risk behaviours,” the quoted her as saying.

According to him, the World Health organization (WHO) reported in 2016 that 91% of the world populations were living in places where the air quality guidelines levels were not met.

“Particulate Matter (PM), Ozone (03), Carbon Monoxide (CO) and Oxides of Nitrogen (NOx) are major pollutant with adverse effect on human health. He listed the effect of exposure to air pollutants on humans to include respiratory, cardiovascular, dermal and neurological diseases, especially in countries with high industrialization and lax air quality legislation,” he said.

He, however, called for strict legislations to protect the lives of people in polluted industrial areas.