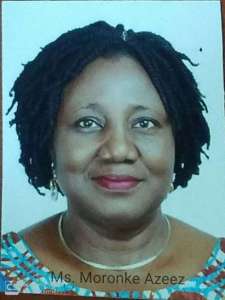 The Lagos State Government has disclosed its intention to repair, refurbish and re-brand technical eductation institutions in the state with aim to bringing them up to globally acceptable standards and to provide higher quality learning for attending students.

It said that proper technical education was necessary for the growth of any society and that better technical institutions would produce well rounded citizens who would go a long way to impact society positively.

The Executive Secretary of the Lagos State Board of Technical Education (LASTVEB), Moronke Azeez, explained that the Babajide Sanwo-Olu led government was passionate about availability of adequate elarning facilities in an enabling environment for all scholars in the state, irrespective of institution or class.

According to Azeez, the governor’s desire to revamp the state’s education sector, as contained in his T.H.E.M.E.S agenda, could not be overemphasized, stating that such desire was evident in several investments and programs that had been embarked upon in education.

The executive secretary, while speaking on occassion of the state’s Agidingbi Technical College’s winning of the keenly contested National Junior Engineers, Technicians and Scientists (JETS) competition in Lagos, said that Lagos state was exceptionally blessed with abundant human resources which included the bright minds of upcoming generations.

She reiterated that the government had, in recognition of potential in the state’s students, increased budgetary allocation to education from N65billion to N135billion in order to drive a policy that will achieve performance and create more opportunities for Lagos scholars.

Azeez, who extolled the passion, commitment and hard work which the students and their teams had put into the project to ensure victory at National Theme Category, said that the intended reforms in the state’s technical education system was to ensure that employable graduates were churned out to fill an existing vacuum.

“The State technical education is going through a process of re-branding as goals have been set by the government to reform technical education as part of its vision of increasing employment and positioning Lagos State as the human resource base of the country”.

Furthermore, she explained that other priority areas to uplift the colleges include re-branding of the five colleges, increasing student enrollment, developing partnerships, reviewing existing courses and introducing ICT-based skill acquisition areas to meet demands of the 21st century.

While thanking the state government for its renewed commitment to improving technical education, the Government Technical College Principal, Ololade Olugbemi, said that staff and students of the five Technical Colleges in the State were resolved to push for more academic and technical excellence to win more laurels, awards and medals, not only for the colleges and LASTVEB, but also for Lagos State Government in general.

Olugbemi called on Lagosians not to look down on technical and vocational education, adding that the skills being learnt and fine tuned in each college were economically viable skills which were necessary in the society.

Bayern Munich kicks off campaign against racism after protest