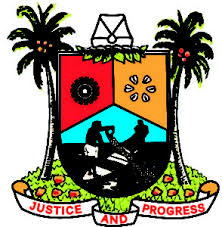 The Lagos State Government has concluded plans to prosecute 36 persons arrested at various locations over a similar pedestrian offence, sending a signal to other commuters that are fond of crossing highways rather than use pedestrian bridges.

It warned that the state would not tolerate its residents endangering their lives and assured that safety measures would be introduced to discourage pedestrians that were adamant of crossing highways.

In a statement issued on Wednesday by Lagos State Environmental Sanitation Corps (LAGESC), the state government disclosed that it would be stepping up enforcement of laws prohibiting pedestrians from crossing highways in the state.

While stressing that the agency saddled with responsibility is geared towards attaining total compliance of pedestrians on Lagos roads, the government argued that preventing residents from endangering their lives was part of the state governor, Babajide Sanwo-Olu’s mandate; enforcement and prosecution of offenders.

According to the statement, there are emphasis on risks associated with crossing highways where pedestrian bridges are constructed and these are known to impede free flow of traffic and unnecessary loss of lives.

“The Lagos State Government is interested in ensuring that citizens do not endanger their lives by crossing highways, advising them to resort to the usage of pedestrian bridges, as she charged the LAGESC operatives to intensify efforts at deterring defaulters”.

“The Agency is presently carrying out the total enforcement in some of the identified areas such as Ikeja Along, Ikorodu Road, Ojota, Berger, C.M.S amongst others, while a total number of 36 persons has been arrested for prosecution, saying that the exercise will continue and will extend to all part of the State,” It disclosed.