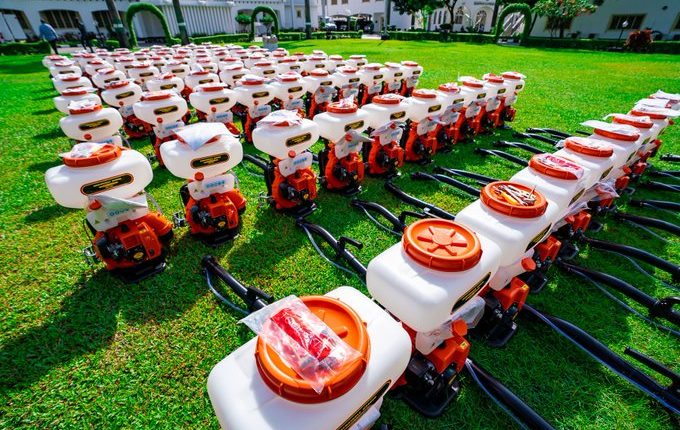 The Lagos State Government has disclosed that it is set to commence disinfection of the state with aim to sanitize the environment and curb further spread of the deadly coronavirus pandemic among its people.

It explained that it had become necessary to fumigate the environment, sanitize it and keep the state free from possible contaminants so that Lagosians would be adequately protected from falling victim to the highly contagious viral infection which has, in recent times, shown rising incidence in the state.

The Governor of Lagos State, Babjide Sanwo-Olu, revealed that his administration had deployed disinfectant equipment and fumigation machines which were to be used in carrying out the state-wide sanitation exercise.

Sanwo-Olu, through a tweet on his official twitter handle on Thursday, reiterated that the deployed equipment would be used in sterilization of Lagos public spaces, streets and surfaces, and added that such would create a safe environment for people who had to go out, and that it would reduce incidence of the viral pandemic in the state.

He said that the fumigation equipment would be deployed to all areas of the state and assured Lagosians that no region of Lagos would be left out of the disinfection exercise and urged people to obey all medical prevention advice as had been publicized, adding that they should also follow government directives on closures and stay home pending time when coronavirus incidents would be controlled in the country.

Sanwo-Olu revealed that the fumigation exercise, which had begun the day before, was being handled by officials from the Vector Control unit of the Ministry of the Environment and Water Resources and that the procurred sanitization machines would be handed over to the teams in order to facilitate implementation of ongoing plans to ensure that the cleaning process was thoroughly and properly carried out.

The governor assured the people that his administration was ready to take aggressive methods to ensure that the deadly disease is overcome and urged for all to do their part in ensuring success over coronavirus.

To ensure we keep our environment safe and curtail the contagion of #COVID19, we are deploying disinfectant equipment to fumigate the entire state.

These fumigation machines, will be deployed to every part of the metropolis for sterilization of our public spaces & surfaces. pic.twitter.com/0dQta7T1DF