The Speakership Crisis in Ekiti State 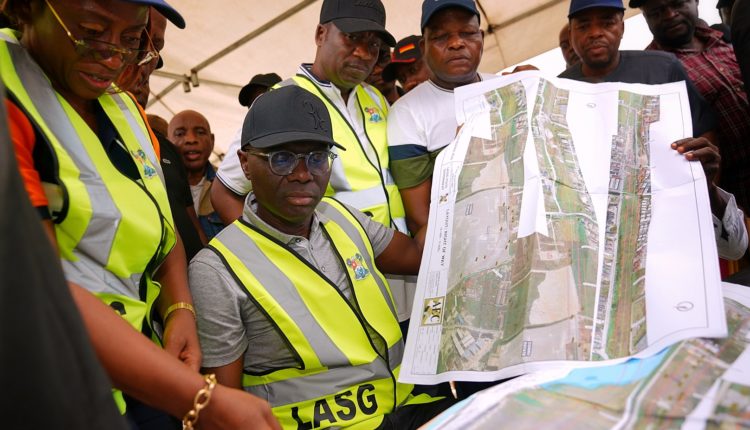 Barring any exigency, construction of the long-proposed Regional road in Lekki-Ajah axis, Eti-Osa Local Government area of Lagos State will take off before end of May, and property encroaching on the project Right-Of-Way will be pulled down by the government.

According to the State Government, plans had been concluded to mobilise contractors to site for commencement of the construction work that could help to reduce travel time within the axis.

Confirming the plans, the State Governor, Babajide Sanwo-Olu, on Saturday, stressed that what had affected the project commencement overtime was the need to remodel its design and alignment in order to reclaim the right-of-way already encroached on by property developers along the corridor.

Sanwo-Olu made this known while on inspection tour of the Regional Road alignment with his deputy, Dr. Obafemi Hamzat, Commissioner for Physical Planning and Urban Development, Dr. Idris Salako, Special Adviser on Works and Infrastructure, Aramide Adeyoye, her counterpart in Drainage Services, Joe Igbokwe, and Senior Special Assistant (SSA) to the Governor on Survey, Ola Odulate, among others.

It was the second time the Governor would be going round the alignment of the 9.3 kilometer-long, 45 metres wide road, which he described as strategic in the implementation of Lekki Masterplan Development.

After its completion, Sanwo-Olu said the road would not only bring traffic relief to commuters plying Lekki axis but improve the quality of life for residents.

He said: “This is the second time in two months that we are going round the alignment of Regional Road. What it means is that we are getting close to the reality of developing this corridor, which starts from somewhere close to Victoria Garden City (VGC) and terminates at Freedom Road in Lekki.

“The road, which is parallel to Lekki-Epe Expressway, is strategic for us in our Lekki Masterplan Development programme. While inspecting the alignment, we discovered that there are so many estates behind this place. Construction of Regional Road will not only give relief but also enhance movement and improve quality of life for our people.

“There has been encroachment on the identified right-of-way. What we are doing now is to see how to resolve all these issues before we go into final tendering process to pick the would-be contractor for the job.”

Sanwo-Olu said much of the right-of-way for the proposed road remained intact from encroachment, adding that properties built within the road alignment would be pulled down to allow the construction.

He said there was no going back on the development of the road, hinting that government officials would be meeting with the owners of the affected properties to discuss relocation plan.

He said: “We want the people to know that this Regional Road is part of the development that will ease the Fourth Mainland Bridge we will be constructing. It is strategic because it would ease pressure off the Lekki-Epe Expressway. In future, there is another highway that will extend from Freedom Road to Ilubrin and Third Mainland Bridge. We are hoping that before our first anniversary in office, the contractor would have moved to site for the construction of the Regional Road.”

I am spending next six weeks in solitude- Serena Williams