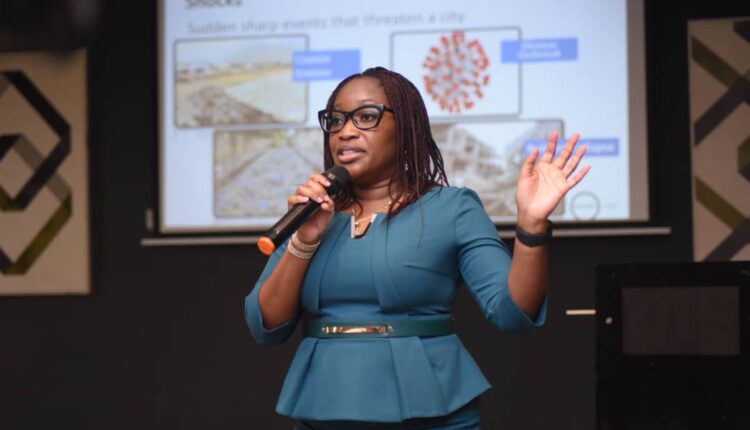 The Lagos State Government has said that its target before the Year 2024 on the state’s resilience strategy was to ensure full implementation of integrated waste management, intermodal transport system, and 29 other initiatives embedded in the plan.

It stated that the Lagos Resilience Strategy which initiatives also includes affordable housing, improving job creation, promoting sustainable waterfront tourism, food security, and others, was designed as a framework for protecting the city against present as well as future shocks and stresses.

The Chief Resilience Officer (CRO), Dr. Folayinka Dania, who disclosed these at the “Resilience sensitisation workshop organised by the Lagos State Resilience Office (LASRO) for officials of the 57 local councils/local council development areas in Ikeja, noted that the strategy would ensure transformation of Lagos.

Dania said that before 2024 when the current resilience strategy was expected to elapse, the aim of the office was to ensure all parties including the local governments complete their tasks for Lagos to become more resilient as well as respond to future shocks and stress in the state.

She said: “We expect that by then, most of the initiatives in the strategy would have been implemented across the state because we would be doing a review to see how far we have gone particularly what is needed to be completed and those that have been done in the state”.

According to her, overall, these initiatives will support livelihoods and employment, foster economic prosperity, and lead to the creation of tech investors and entrepreneurs.

“The initiative entails expanding the CODE Lagos programnme to feed into the development of a technology-enabled enterprise service sector for the state. This will be achieved through the design of an improved template for the current programme to ensure that the programme is fit for its purpose and reaches a larger population in the city, especially the vulnerable and underserved.

“A post-training mechanism will also be integrated. This expansion will require extensive fund mobilisation for securing space in underserved areas and procuring equipment and other resources,’’ she added.

The Commissioner further explained that the development of the strategy was to transform the state towards becoming the model for other megacities globally.

Egube said: “The development of the Lagos Resilience Strategy became imperative because of the need to prepare the State for the challenges associated with rapid urbanization and exponential population growth”.

According to him, this is with a view to transforming those challenges into greater opportunities for a better quality of life for our people and ensuring judicious use of the Government’s meager resources.

The commissioner, meanwhile, said that the workshop was to sensitize the council officials on the importance of resilience, its institution in governance, and the role of the Local Governments in implementing the strategy.

“Local Governments, as the tier of government closest to the people, are constitutionally responsible for the provision of vital services at the grassroots. However, the responsibility of addressing the impact of the challenges of urbanization cuts across both the State and Local Governments. The synergy between both tiers of Government is therefore important to ensure projects and programmes deliver resilient outcomes.

The Permanent Secretary for the ministry, Abiola Liadi, added that the “sensitization programme is therefore important because of your position as the closest tier of government to the grassroots, as our quest to develop the State’s resilience culture cannot enjoy a firm foundation at the grassroots without your unflinching support.

“The programme is aimed at sensitizing you on the Lagos Resilience Strategy and various activities which articulate an integrated approach to addressing various shocks and stresses the State experiences or might experience in the future”.