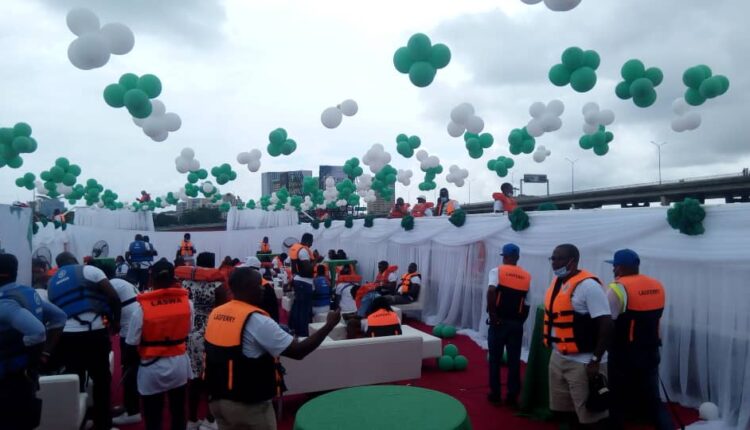 In a bid to expand Lagos State tourism sector towards contributing over $3 billion to its Gross Domestic Product (GDP), the governor, Babajide Sanwo-Olu, has disclosed that the government would be focusing on tapping into its natural endowment, waterways, in the state.

Sanwo-Olu said that the move became necessary considering the huge aquatic benefits at Lagos disposal which were potential destination that could attract tourists and boost stakeholders’ annual earnings from the sector.

The governor, who was represented by his Special Adviser to the Governor on Tourism, Bonu Saanu, who disclosed the plans at the ‘Greater Lagos Independence Cruise’, organized by Lagos Ferry Services (LAGFERRY), said that exposing the waterways to the world would change tourists’ perception about Lagos.

While describing Lagos waterways as one of the state beauty, Sanwo-Olu added that the government aimed to show the potential within the state to the world and that was reason for the independence cruise.

Also, the Chief Executive Officer of LAGFERRY, Ladi Balogun, said that the cruise was to show the world what could be done on Lagos waterways and how the state was endowed by the almighty with verse water space.

Balogun added that there was no state that had waterways like Lagos and the government believed that it was a medium that could further expand the state tourism and boost earnings of the stakeholders’ in the sector.

He said: “We are just giving residents of Lagos the possibilities of what could happened on the waterways. It is a greater Lagos independent water cruise. We want to showcase the hospitality and the potentials of what the waterways can do for the Lagos state economy. We have the waterways in abundance and we have decided to show it to the world”.

While stating the independence water cruise was limited by COVID-19 pandemic, the LAGFERRY boss stated that the government had procured a 300-capacity barge that could be used for any social event on the Lagos waterways.

According to him, we believe that social events including wedding ceremony, birthdays and others could be held on water and that is what we are showing to Lagosians.

To showcase benefits of the barge, Balogun noted that 60 people including passengers that often board the ferry from different terminals were exposed to the benefits on waterways and that the people were ferried from the Five Cowrie terminal in Ikoyi to Lekki and Epe axis.

Some other benefits guests including Ekenedilichukwu Ijemba, professionally known as Humble-Smith were exposed to during the independence cruise were safety standards that conforms with international standard and the synergy between the state and Federal Government agency, National Inland waterways Authority (NIWA).

The Managing Director disclosed that the water transportation had undergone transformation under the Babajide Sanwo-Olu administration and safety had become the core vision of the agency.