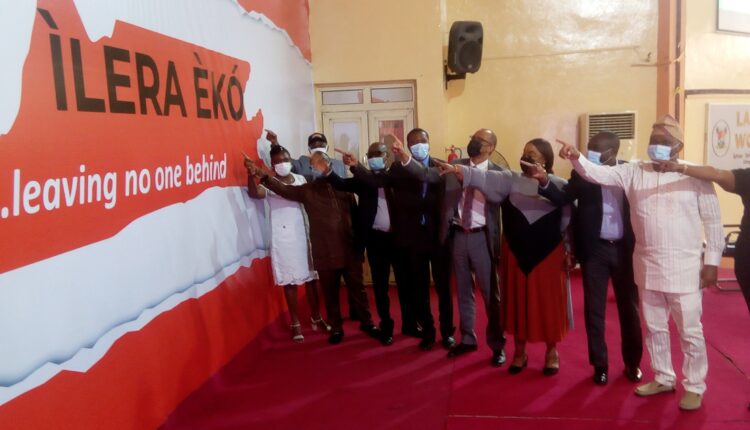 .as LASHMA reels out benefits to healthcare delivery

At launch of the enrollment on yesterday under the umbrella, ILERA EKO, the General Manager of LASHMA, Emmanuella Zamba, said that the move to bring more people into the net was to ensure wellness irrespective of their status in the state.

Zamba, at the launch held in Alausa Secretariat, Ikeja, which was also attended by Commissioner for Health, Prof. Akin Abayomi, and others, added that the agency target for the year was to bring over 3 million Lagosians on board to get benefit from the scheme which was designed to give every residents opportunity to enroll.

She explained that 1 million households with an average of three persons, father, mother and a child, amounting to three million was the target for the year to further improve access to healthcare within Lagos.

The LASHMA boss argued that the conviction that over 3 million would be enrolled before the year was that weeks after the scheme came on-stream, even without so much publicity, over 300, 000 residents of Lagos had enrolled on the scheme.

According to her, Under Ilera Eko, what we are selling to Lagosians was wellness because we want the people to know that keying into the health insurance scheme does not mean that one is sick but that one should aim to have a quality life for himself and his family.

“We are offering the most affordable healthcare insurance system. We want all the masses to key into it. Wellness should be for everyone.

“People can work to any first monie agents to get enrolled. Also, we have ensured to have people in all councils to attend and explain to the people what they needed to know and how the scheme would benefit them.

“Our community enrolment officers will be going to all the markets to sensitize the public on what is needed to be done and how they can get enrolled. We will be coming to your door step to enlighten you”, she added.

For the indigent aiming to get involved in the scheme, the general manager explained that the government has intensified efforts towards sourcing for funds through foreign and local partners to get the indigents onboard.

He added that about a 1,000 indigents have been registered through the one percent consolidated funds provided through the state government at the launch of the insurance scheme.

“We have part of the government one percent consolidate revenue that was set aside for those that cannot pay for themselves. We have enrolled some of the indigents through the funds and we are going to do more for the public.

“We are also partnering private sector including people from diaspora to source for funds that would assist the indigent enrollees. We have actually registered over 600 indigents people”.

Earlier, Abayomi disclosed that the state government was planning to introduce more healthcare systems that could address the needs of every Lagosians and give them better facilities.

The commissioner added that no fewer than 142 private hospitals and 72 public healthcare facilities have been designated for treatment of enrollees, saying, more hospitals will be added across the state.

Also, the commissioner for Economic Planning and Budget, Sam Egube, explained that the scheme would boost the state Gross Domestic Product (GDP) with more people been able to work effectively.

Egube said: “When the people are healthy, production will improve and that will have a significant positive effect on the state’s GDP.

“Also, it will bring better investment into the health sector of Lagos, with influx of infrastructures and facilities that will reduce time spent by medical personnel on treatment which will later boost the life expectancy rate in Lagos”.

The chairman of LASHMA, DR. Ade Alakija, noted that the Ilera Eko campaign initiative was a strategic step taken by Lagos State Government towards achieving a wider universal health coverage.

Alakija added that through this initiative, the state has been able to provide quality and affordable healthcare services to Lagos residents irrespective of their socio-economic status.