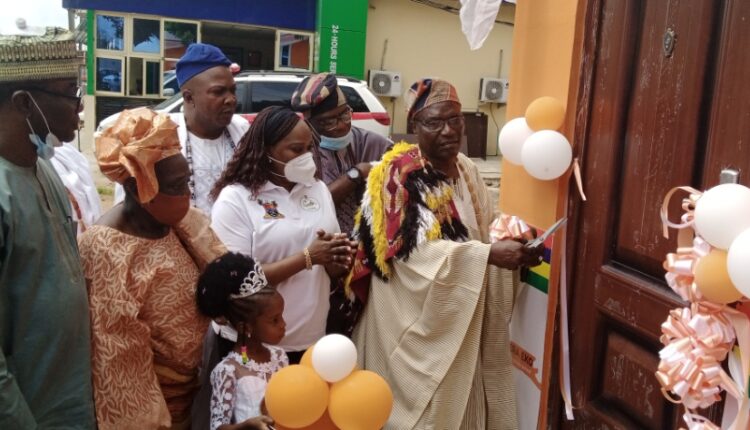 As a measure to boost Lagosians’ access to better healthcare services, the Lagos State Health Management Agency (LASHMA) has commenced the establishment of divisional offices across the state’s five divisions to give residents an opportunity to better medical care.

LASHMA said that after setting up the divisional offices, additional offices would be established across the 57 Local Governments and Local Council Development Area (LCDA) to further give every resident equal access to plug into the state’s health plan, codenamed ILERA EKO.

According to LASHMA, the divisional offices tagged ILERA EKO office being set up in accordance with I.B.I.L.E (Ikorodu, Badagry, Ikeja, Lagos-Island, and Epe), the five Lagos divisions, have been designed as a one-stop-shop for every resident in the state.

Speaking at the Commissioning of the first Divisional office in Ikorodu on Thursday, the General Manager of the agency, Dr. Emmanuella Zamba, explained that the office has been designed to bring the healthcare scheme closer to the people.

Zamba, who was accompanied by dignitaries including the Ayangburen of Ikorodu, Oba Kabiru Shotobi, represented by the Oba-in-council, to commission the office sited within Ikorodu General Hospital, disclosed that before the present quarter elapse, four others would have commenced operations with a view to give Lagosians better services.

She said: “Tomorrow, we will be commissioning the one in Alimosho Local Government and before the end of the month, we should be able to commission the one in Epe and others will follow. We will ensure that within this quarter, the entire five divisional offices come upstream.

“And as we commission, the staff attached to it start work immediately. The offices will be opened during the week and on weekends particularly on Saturday for Lagosians that may not be able to visit any of our offices during the week to get informed as well as register”, the LASHMA boss added.

The General Manager explained that the health plan was designed to reduce Lagosians’ expenses on healthcare services within Lagos and that all the residents should do was to key into the system which affords any individual living in the state to pay as low as N8,500 annually.

According to Zamba, all that is needed for Ikorodu residents is to walk in, register, pay the fee, which is very affordable, and begin to benefit from the plan.

“Aside from giving you the hospitals that are very closer to you, we will be ensuring that everyone on the scheme gets the needed services at the needed time. Also, we have created a feedback mechanism for the beneficiaries to ensure that the health facilities provide the required treatment to the people”, she added.

Speaking earlier, the Chairman of the LASHMA board, Ade Alakija, who was represented by Tunji Akintade, said that the creation of additional offices would reduce travel time residents have to spend visiting the headquarters in Alausa Secretariat, Ikeja.

Alakija, meanwhile, appealed to Lagosians that were yet to join individuals and families already enjoying the scheme to do so, saying the benefits included in it were higher than the fee paid annually.

The Chief Medical Director of Ikorodu General Hospital, Dr. Taiwo Hassan, while evaluating the money to be paid, said that the annual funds outlined under the ILERA EKO were far less than what anyone not under the scheme would have to pay annually to get such treatment.

Hassan, a medical expert, further described anyone that enrolls in the plan as someone getting more for fewer funds paid, saying I wish Lagosians that are yet to sign up to ILERA EKO understand what they are losing.