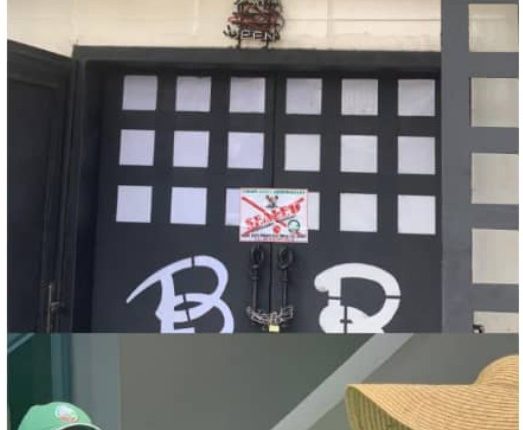 Share
By Olawale Abdul-Fatah
Worried by the increase in noise pollution in Lagos State, the Government has shut no fewer than four hotels and night clubs in Lekki, Eti-Osa Local Government.

The four hotels and night clubs sealed over the weekend, according to some officials Lagos State Environmental Protection Agency (LASEPA), were found violating the state laws on noise pollution standard.

Some of the outfits sealed were: Circa Non Pareil, The View hotel,  Utopia & Bay Rock Gentlemen’s Clubs by LASEPA officials led by its General Manager, Dr Dolapo Fasawe.
It was gathered that Fasawe ordered the occupants out and sealed the premises, following complains from residents over noise level from the outfits.
Eyewitness told the Guild that the LASEPA boss stressed that their action was not to witch-hunt but they were upholding the interest of the community; protecting their right to a reasonable quiet environment.
A check conducted by The Guild revealed that the State Government do not allow any outfit to increase it noise above 55 decibel during the day in residential area and only 45 decibel at night.
But the sealed outfits, according to residents, were all known for creating excessive loud sounds and  disturbances  around  Lekki and its environs.