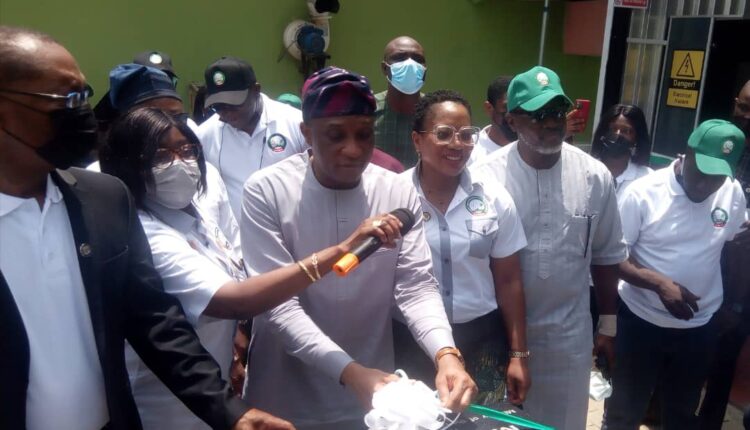 As part of measure to prevent illness and premature deaths caused by ambient air pollution, the Lagos State Government has set up six Air monitoring stations to determine and control emission levels across the state.

Also to address other sources of pollution within the state, the government has inaugurated a mini effluent treatment plant to assist industries without capacity to test the toxic level of their wastewater before being released into the drainages which could affect their communities.

Inaugurating the facilities in Ikeja, Commissioner for the Environment and Water Resources, Tunji Bello, disclosed that aside from the two major facilities, the government would also be commissioning a Digital E-Library and hybrid vehicle, to encourage the use of alternative energy across the state.

Bello emphasised that the facilities would further strengthen LASEPA’s capacity to protect the people from hazardous waste and ensure strict adherence to environmental laws in Lagos.

At the inauguration yesterday, He reiterated that the Lagos State Environmental Protection Law 2017 empowered LASEPA to survey and monitor surface, underground and portable air, land and soil environments to determine pollution levels in them and impose sanctions when necessary.

On the air stations which World Bank partnered Lagos, Bello explained that the six facilities would measure the air quality across its locations and aid better policy formulation on the environment for the state government.

The commissioner stressed that the facilities would give the government a comprehensive knowledge of the air quality of the Lagos environment, identify pollution and their sources across the state.

These came barely a year after the World Bank, in a report titled: The Cost of Air Pollution in Lagos, stated that air pollution resulted in the loss of about $2.1 billion in 2018, representing 2.1 percent of Lagos State’s Gross Domestic Product (GDP).

On the mini effluent treatment plant, he explained that the facilities would give LASEPA ability to properly analyse and determine possible impact a wastewater from a factory could have on its neighbourhood.

“This Mini Effluent plant came about because of the need to treat wastewater and leftover samples of industrial wastewater from LASEPA’s laboratory. It is regrettable that LASEPA, which has the responsibility for protecting the environment lacked an acceptable means of treating wastewater until now”

Bello emphasized that now, things can only get better for residents of the state in this wise, because there is also room for expansion of the capacity of the mini effluent plant in case request for usage increases geometrically such that the State will maintain its leading role in environmental management in Nigeria as the Centre of Excellence.

Earlier, LASEPA General Manager, Dr. Dolapo Fasawe, said the maintenance of the environment is a collective responsibility especially on noise pollution and global warming, while urging residents to always ensure its sustainability.

Fasawe said the commissioning of the completed projects is towards promoting environmental sustainability as the state is moving from a linear economy to a circular economy whereby before manufacturing, recycling has to be put into consideration.