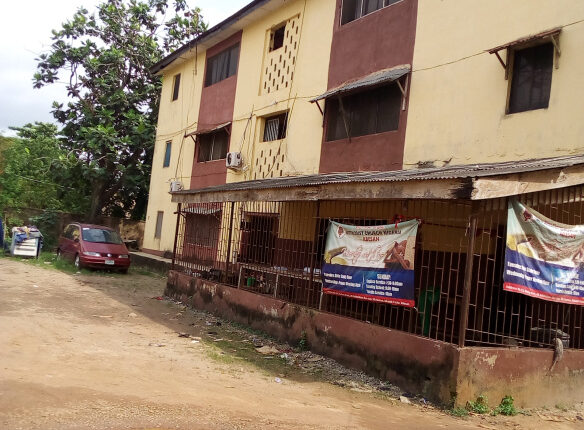 After a thorough assessment of structural stability of buildings in Lagos State-owned estates, the government has concluded plans to rehabilitate dilapidated structures to avoid building collapse in the state.

It said that the rehabilitation move would further aid its ongoing urban regeneration plan and prevent an increase in housing deficit in Lagos.

The Commissioner for Housing, Moruf Akinderu-Fatai, disclosed the plan after a meeting between the Lagos House of Assembly Committee on housing, and the executive called to discuss a case of distressed blocks of flats in Alaka Estate in Surulere Local Government and welfare of the occupants that could be temporarily displaced pending completion of the exercise.

Akinderu-Fatai also reiterated the commitment Babajide Sanwo-Olu led administration to provision of affordable and decent housing for residents of Lagos.
According to him, Lagos state will do its best to protect the affected residents from the inconveniences that would come up as a result of their temporary evacuation from the homes to make way for redevelopment of the distressed structures.
“The State government is committed to its pledge of providing decent housing for the people and is constantly evolving strategies both to build more new homes and to renew the old estates like the Alaka Estate”.
Also, Special Adviser to the Governor on Housing, Toke Benson-Awoyinka, assured residents of selected buildings for rehabilitation including Alaka Estate, that all genuine homeowners would be relocated to their new homes after reconstruction of the affected blocks.
While allaying the fears of the affected residents that the proposed homes would not be reallocated to original owners, she said: “a Stakeholder Engagement with all concerned will not only help to ensure involvement of all parties but will also reduce cases of lawsuits from parties that may feel marginalized”.
Earlier, Permanent Secretary, Wasiu Akewusola, hinted that a thorough assessment of the rundown buildings would be carried out to find out their structural status since a large percent of the affected buildings were over 25 years old.
On the reason for the meeting, chairman of the house committee, Bisi Yussuf, stated that the lawmakers’ concerned
was danger the buildings posed to people residing in old and dilapidated structures in state-owned estates.
“It is disturbing that some residents live in old structures that may collapse at any time. We have to take urgent action to prevent wastage of lives and property that could result from the imminent collapse of such distressed structures,” he added.
Speaking on behalf of the occupants, Bisi Bello, who expressed her delighted over outcome of the meeting, pledged to support the state government’s efforts for the  re-development of rundown blocks in Alaka  estate