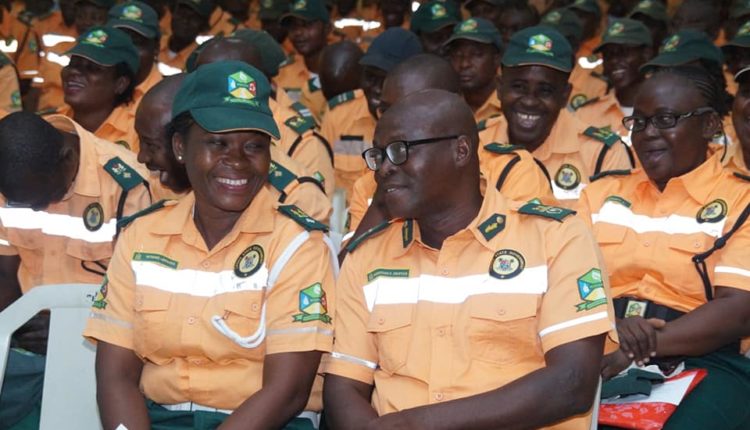 The Lagos State Government has disclosed that plans had been concluded to enforce strict compliance on its earlier directives on markets closure and social distancing across the state, adding that the government would stop at nothing in putting right measures in place to break cycle of transmission of coronavirus in the state.

It explained that the directive to close all open markets and stalls for a week, effective from Thursday, March 26th,  was in tandem with the earlier directives which mandates the State’s Civil Servants from Grade Level 1 to 12 to work from home for two weeks, as well as to embrace social distancing, which were being flouted by some section of the citizens, spurred the government to mandate Lagos Environmental Sanitation Corps (LAGESC), to remain at their duty post in ensuring compliance of markets closure  amogst others in the state.

Akinpele in a statement through the agency’s Head, Public Affairs Unit, Adebayo Kehinde, on Wednesday, explained that with the influx of people to markets, markets leaders needs to stand up in ensuring environmental cleanliness around the markets were maintained and encourage personal hygiene among members and other market users.

‘‘The Agency is part of the essential service providers and enforcement team of the Lagos State Government and in the light of this, have directed all operatives to remain at their duty post to ensure that these directives are strictly adhered to, as it is aimed towards ensuring safety of lives against the coronavirus pandemic in the State.

All operators of non-food and non-medical stores/markets are advised to close down their outlets as directed by the State Government from the 26th of March 2020, as the Agency along with other enforcement and security personnel will ensure strict compliance, being one of her statutory role,” she said.

The Corps Marshal noted that the Agency’s District Commanders have been mandated to sustain regular advocacy by ensuring strict compliance on social distancing and other preventive measures as outlined by the State Government and other concerned Agencies were adhered to.