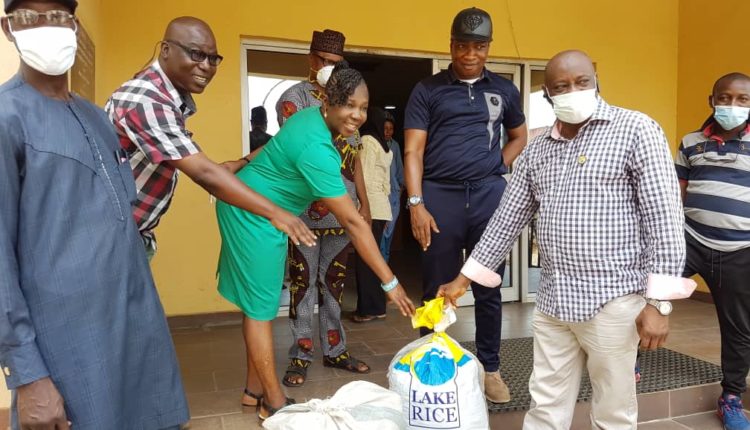 To cushion the economic effect and sudden life changes occasioned by the coronavirus induced lockdown,  the Lagos State Secretariat Community Central Mosque has distributed food items and other palliative packages to over one thousand residents within Alausa and its environs as part of its community outreach to the poor and vulnerable.

It explained that the gesture had become imperative to lessen the hardship of the poor and vulnerable in the society following the two weeks extension of restriction period meant to identify, trace and isolate all individuals that have come into contact with confirmed cases, ensure treatment of confirmed cases while restricting further spread to other states.

The Chairman, Lagos State Secretariat Community Mosque, Dr. Tajudeen Afolabi, noted that the current realities and challenges posed by the coronavirus which has affected the daily living of the citizens called for concerns from all and sundry to extend the hand of friendship to one’s neighbors during the trying times.

Speaking while handling over the items to beneficiaries on Monday in Lagos, Afolabi  said that  the global pandemic remains a leveler which the response cannot be left alone for the government, hence the support from the secretariat Muslim community.

He explained that the Muslim community was at the premises to utilize the reach of the media house by helping in the distribution of the food items to the needy that daily visit the premises.

“We want to leverage the influence of these stations on the populace such that the donated items can actually get to those who needed them genuinely. Being media organizations, those in need of assistance usually come to these places to seek help that is why we decided to include the two stations as part of the clusters we’re reaching out to with these relief materials,” the Chairman said. 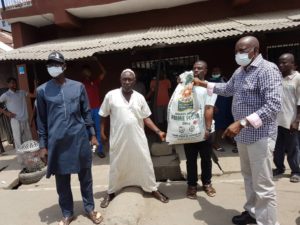 “Today, we have reached out to over a thousand beneficiaries, the reality is that the government cannot do it alone and that’s why we also joined several corporate organizations and individuals that had earlier done a similar thing and I believe several others would still do likewise,” he said.

He explained that the mosque decided to hand over the items to the Chief Imams of the mosques visited for distribution to the community members who are genuinely in need of the items in order to make the distribution coordinated and orderly, adding that the distribution of food items would continue once Ramadan started to help cushion the effect of the lockdown on Muslims who will be fasting during the thirty days exercise. 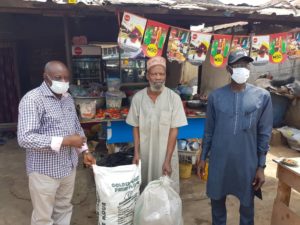 He also clarified that there won’t be any usual activities which the mosque is known for during the holy month in compliance with the directives of lockdown from the government and social distancing by health experts, adding that those still gathering in large numbers in different Mosques in defiance to the government directive, are not true worshippers of God.

“Since the government has suspended all activities and any form of religious gatherings, I don’t see why people will still be congregating in the name of praying even when health experts have advised on social distancing. The mosques and churches have been lockdown and for us at the Secretariat mosque, all activities have been suspended, even the usual Ramadan activities will not be holding.

“The mosque will not be open until the government decided otherwise. And those still going to mosques for prayers, they only just want to commit suicide. Because, if that is not suicide mission, I don’t know what to call it as they are meant to stay in their homes for safety. If Kaabah, where the religion comes from can be shut-down and suspend the Taaraweeh and Eid-el-Fitri prayers, then what is our own excuse for not doing the same? I think those who are still congregating in mosques are just ignorant of the religion they are practicing.”  Afolabi said.

While receiving the food items, the General Manager, LTV,  Sijua Alabi and her Radio Lagos EKO FM counterpart, Ayo Sotonwa, commended mosque management for the gesture and reaching out to immediate community.

On list of beneifciaries,  Chief Imams of two mosques visited received donated items on behalf of  their congregations and promised to be transparent in distribution to those in need of the gesture.