No fewer than five night-clubs and bars have been sealed by the Lagos State Government for flouting government directive on social distancing and contravening the state’s Infectious Disease Law.

Some of the affected clubs sealed by a team deployed by the state government to ensure compliance on directives banning social gathering across the state include Bay Lounge, The Heavens Suites, Angle Villa Bar, Ehi Guest House, and Gardens Egbeda among others.

It would be recalled that following the outbreak of coronavirus in Nigeria, with Lagos being the epicenter, the Governor Babajide Sanwo-Olu-led state government had banned all social gatherings and put bars, clubs, restaurants under lock to curb possible spread of the viral respiratory disease. 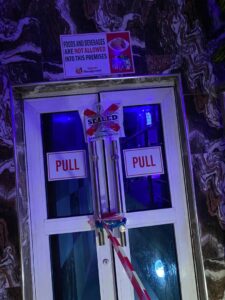 But, the Director-General, Lagos State Safety Commission, Lanre Mojola, who led the team that sealed the clubs in the late hours of Friday and Saturday night, revealed that the facilities were sealed for going against government directives.

Mojola, through a statement by the Commission’s Technical Adviser, Seun Awojobi, explained that the team was attacked and shot at Osigold hotels and Bar in Baruwa Ipaja, Lagos, during their operation on Friday night. 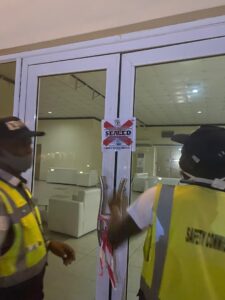 “The hotel had over 100 people clubbing and dancing within its premises flouting the state government directive and contravening the Infectious Disease Law of the State.

“The hotel was sealed in line with the government’s commitment to ensure that the COVID-19 relevant laws and guidelines are strictly adhered to,” the statement read in part. 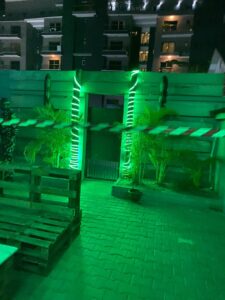 He added that the government would stop at nothing in shutting down erring and non-compliant facilities across to ensure gains being recorded in the fight against the pestilence are not being eroded by few residents.

Mojola, however, advised the citizens to augment the government efforts in flattening coronavirus curve by taking the fight against coronavirus more seriously as part of measures to gain total control against the virus.

He also enjoined the public to continue registering their businesses in line with the Register to Open initiative of the government on lasgsafetyreg.com to ensure adequate space management and preparation against when such businesses will be allowed to open. 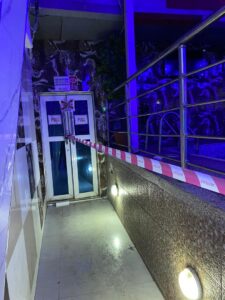