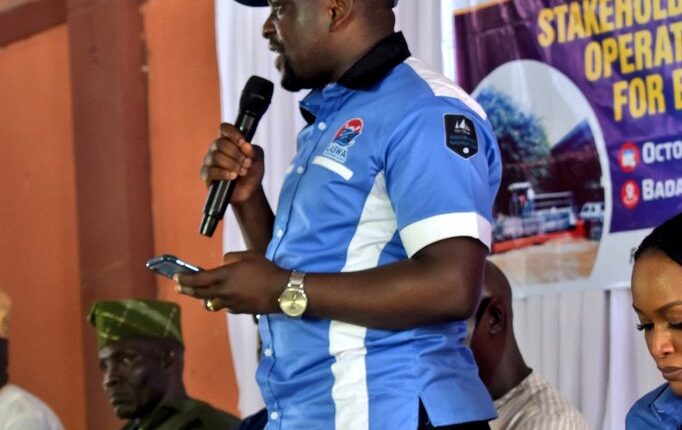 As part of measures to prevent avoidable loss of lives through water transportation, the Lagos State Government has disclosed that plans had been concluded and proper strategies adopted to protect residents, particularly passengers across its waterways.

The move, it explained, became imperative in line with government’s commitment to position water transportation as safe alternatives for the over 20 million residents as part of measures to ease the daily gridlocks on roads across the state.

The General Manager, Lagos State Waterways Agency (LASWA) Oluwadamilola Emmanuel, said that no efforts were being spared in ensuring mishap were prevented on waterways and that all necessary stakeholders have been alerted on adhering to all safety measures put in place by regulators and government.

Speaking during the 3rd annual stakeholders forum held at Badagry Town Hall recently, Emmanuel hinted that the government was committed to improve safety on the state inland waterways during and after the ember months.

He added that jetty operations would be restricted along the Ọjọ- Badagry axis of Lagos as part of measures to checkmate irregularities on the waterways.

“LASWA has commenced a massive safety awareness campaign at all jetties and terminals in the state in order to forestall reoccurrence of mishap on the waterways especially during this ember months,” he said.

Furthermore, Emmanuel added that stakeholders the forum was to educate and enlighten boat operators on safety procedures and to issue new boating guidelines for ferry operations in the state.

“The annual event is a 3rd of its kind in the series of yearly stakeholders engagement forum put together by the waterways regulatory agency to sensitise the stakeholders in the sector,” he added.

On his part, the state’s commissioner for transportation, Fredrick Oladehinde, enjoined ferry operators to always adhere to safety rules while operating on the waterways across the state and that the government was open for feedbacks that could help in bettering water transportation in the state.

The commissioner, however, urged boat captains and deckhands to shun intake of alcohol and avoid reckless driving in other instil confidence in the mind of ferry passengers and ensure safety of all those involved.