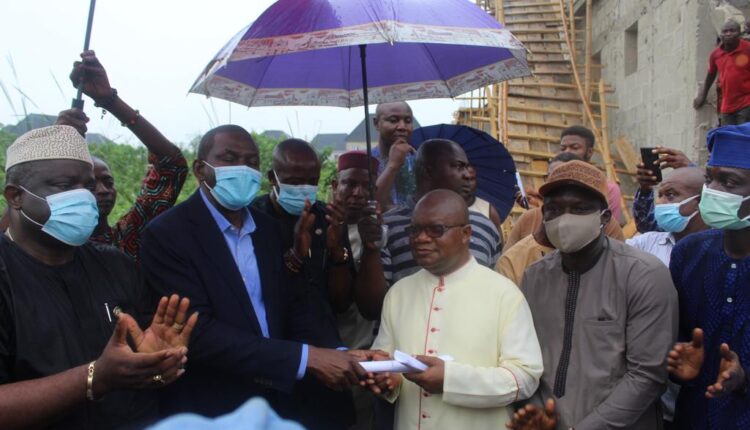 Barely a year after the gas pipeline explosion ravaged Abule-Ado, a Lagos community, with 23 persons dead, the State Government has resettled the affected school, Bethlehem Girls College, approving four hectares of land to the Catholic Archdiocese of Lagos to reconstruct the school.

The state government said that resettlement was in fulfilment of the promise made last year to the religious body after the explosion destroyed buildings including the school.

It noted that the new land allocated for the school was chosen after a thorough evaluation to ascertain if it could suit the purpose and ensure it was free of all encumbrances that may affect its re-construction.

Handing over the allocated property to the religious body, Commissioner for Special Duties and lnter-Governmental Relations, Tayo Bamgbose-Martins, added that these were reasons for delay in the resettlement exercise.

Bamgbose-Martins, while responding to agitations on the delay, stressed that the handover took long because the Government needed to ensure that the location of the land will be convenient for students and staff of the school.

The Commissioner, yesterday, informed that though there were several buildings affected by the incident, the level of damage done to the Bethlehem Girl’s College at Abule-Ado was quite huge and very devastating, hence the support of the State Government in this regard.

According to him, the State Government expended funds on other activities to alleviate the distress of the residents when the incident happened and that includes N50 million for repairs and replacement of the damaged electricity equipment.

Among other efforts by the State Government, he said, was the engagement of a team of professionals to conduct an assessment of the structural integrity of 315 buildings at no cost to the owners of the buildings.

Responding, the representatives from the Archdiocese of Lagos State, Monsignor Oduntan, applauded the State government for bringing succour to the victims of the Abule-Ado disaster.

He also commended the present administration for the donation of the four hectares of land and prayed that such calamity will never again happen in the State.

Other top officials present at the event included the Commissioner for Physical Planning and Urban Development, Mr. Idris Salako and Chairman Amuwo-Odofin LGA, Valentine Braimoh among others.

It would be recalled that hours after the explosion occurred on March 15th, 2020, the state governor, Babajide Sanwo-Olu, constituted the Ado-Soba Emergency Relief Committee and started off the Emergency Relief Fund with a donation of N250 million from the State Government and additional donations made by private organisations and individuals.

Aside from that, the state government handed over relief funds to family of each of the 23 deceased persons with each receiving a cheque of N2.5 million and paid the hospitals bills of victims admitted to Naval Hospital, Lagos State University Teaching Hospital (LASUTH) and the Orthopaedic hospital”.

Also, 102 internally displaced persons from the Abule-Ado explosion were accommodated at the LASEMA Relief Camp, Agbowa for six months. The cost of this accommodation and the feeding of these persons was borne entirely by the State Government.

One die, two policemen, four others injure during Ekiti-East by-election