Why foreigners are leaving Nigeria during Covid-19 outbreak-… 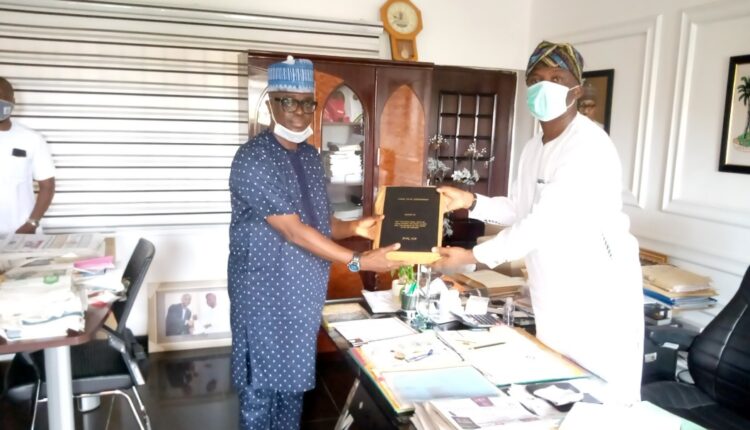 Share
The Lagos State Government has received report on both immediate and remote causes of the lingering face-off that had affected academic activities at the state Polytechnic, LASPOTECH.
After receiving the report submitted by the committee, the state government assured students and staff of the institution that the recommendations contained in the report would be implemented.
The report was received from the committee eight months after its inauguration by the state Governor, Babajide Sanwo-Olu, in accordance with the extant law of the Lagos State Polytechnic 2012, Section C111 (subsection 1-5).
Receiving the report at a short ceremony yesterday, Special Adviser to the governor on Education, Tokunbo Wahab, commended the committee for accepting the task and working in accordance with their mandate.
Wahab stated that the mandate before the committee was to proffer permanent solutions to the crisis rocking the institution which was why the report was submitted.
According to him, the recommendations listed in this report will be implemented as stated by the committee.
Earlier, chairman of the committee,
Adelowo Afolayan, appreciated the Governor for the opportunity to work freely in finding solutions to the age-long crisis in the school.
Afolayan stated that the non-interference by government officials assisted the committee to engage each stakeholders in the institution and aided discovery of solutions listed as recommendations.