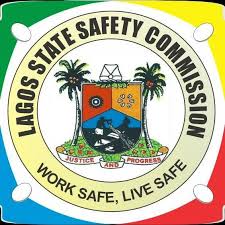 As more social centers in Lagos State register in preparation for re-opening, the Government has warned that the certification received after registration does not indicate approval to open even as it sealed dozens of lounges, bars, spas and night clubs in the state.

Director-General, Lagos State Safety Commission, Lanre Mojola, who gave the warning during an enforcement to Lagos Island, Surulere, Abule-Egba and environs, stated that the sealed premises were shut for flouting the government’s directives on the closure of social clubs.

Mojola stated that investigation revealed that some lounges, bars, spas and night clubs have started re-opening when the government has not issued any approval for their operation in the state.

According to him, “Mass gathering of people in social clubs, spas, bars, betting and gaming centres negates the safety guidelines. Our preliminary investigations revealed that some bars and night clubs are not complying with safety guidelines and closure directive issued by the State Government”.

Mojola stated that the Commission has started issuing provisional safety compliance certificates to social clubs that have registered and have had their facilities verified for re-opening.

He, therefore, urged other social centres that are yet to register for the “Open Initiative” policy to do so, stressing that the facilities that have already been issued certificates are still not allowed to open until stipulated guidelines and pronouncements are made by Mr. Governor.

Emphasising that registration and verification is free and user-friendly, he appealed to all and sundry to support the government by complying with all safety guidelines and protocols as part of efforts to contain the spread of Coronavirus in Lagos State.