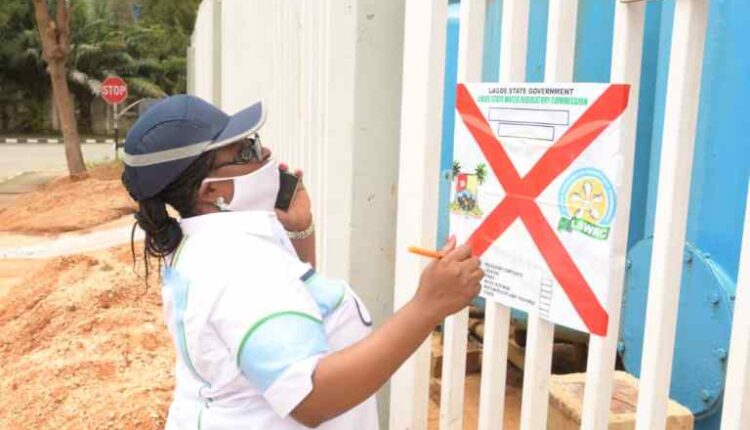 Residents of Banana Island Estate in Ikoyi may have to start searching for another sourcing of water after Lagos State Government sealed premises of the estate water treatment plant to save the public from consuming contaminated water.

The Banana Island plant was sealed by the state agency, Lagos State Water Regulatory Commission (LSWRC), after a thorough assessment of its water production to ascertain the hygienic status.

As gathered, tests conducted by LSWRC on the Banana Island Property Owners Resident Association (BIPORAL) water treatment plant revealed that products from the plant were unsafe for human consumption and need to be subjected to improved treatment.

To save the public from an unhealthy product, LSWRC’s Executive Secretary, Funke Adepoju, led an enforcement team to shut the premises on Monday.

“It is important to note that drinking water must be safe and wholesome, free from pathogenic agents or harmful chemical substances and comply with prescribed standards of WHO (World Health Organisation) and the Lagos State Drinking Water guidelines. We have tested their water and wastewater and results show that it falls short of the prescribed limit. The Service provider is obligated to deliver water that meets quality specified by the regulator”.

According to her, BIPORAL needs to ensure the functionality of the water and wastewater treatment plants to basically protect consumers who are what the government considered paramount.

The executive secretary stressed that the government was very much interested in the quality of the water residents consume, saying that no unwholesome practice that will endanger people’s health would henceforth be allowed.

“However, the power of the Commission to regulate the activities of this category of players in the water sector by monitoring water quality is being exercised because so much caution has been thrown into the wind in water production and profit is placed above safety”.

Adepoju stated that water produced from an unhygienic source aid spread of water-borne diseases, cholera, typhoid, dysentery, and that government responsibility was to protect consumers from contracting such which could further lead to death.

She added that all water producers, irrespective of their status, are all obligated by law, specifically Lagos State Environmental Management and Protection Law, 2017, to deliver water that meets quality specified by the regulator.