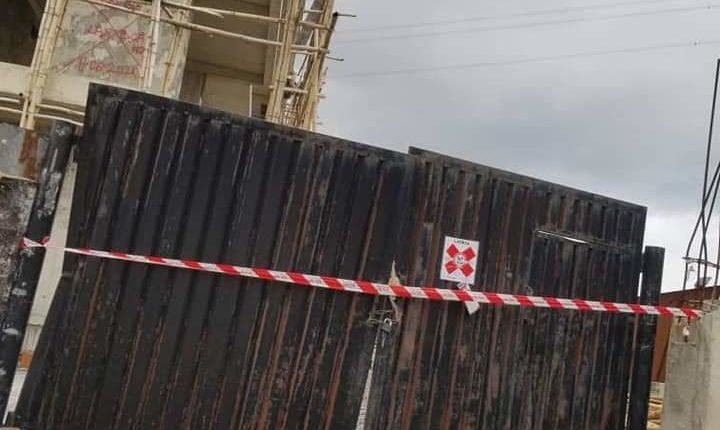 Share
In a bid to prevent collapse building in Lagos, the State Government has directed property owners on Banana Island and Ikoyi environs, to immediately come forward with planning permits and evidence of stage certification obtained from Lagos State Building Control Agency(LASBCA) or have their building sealed.
After issuing the threat, the government went further to seal 22 additional buildings under construction in Ikoyi for not obtaining necessary permits that conform with extant laws and increased the number of structures sealed within the axis in three days to 56.
The Commissioner for Physical Planning and Urban Development, Dr. Idris Salako, who gave the threat during the continuation of the special enforcement operations, yesterday, hinted that the exercise would be extended to other parts of Lagos to prevent collapse building.
According to him, the rate at which developers in these elite areas flout our planning laws by going ahead to erect buildings without necessary permits is disturbing and this untoward act that is inimical to the sustainable development of our environment must be curtailed in the interest of all.
Salako insisted that property owners in Ikoyi and Banana Island must produce on-demand their planning permits and evidence of stage certification or risk their property being sealed up in furtherance of the state policy on Illegal developments.
On the sealed buildings, 16 structures on Banana Island were shut by the government officials while six on Adeyemi Lawson, Mcpherson, and surrounding streets in Ikoyi were sealed for contravening planning law in the state.
Before this enforcement exercise, the state government had sealed 34 buildings under construction for erecting the structure without obtaining necessary permits.
Salako urged owners of the sealed property to visit the Ministry of Physical Planning and Urban Development, Secretariat, Alausa, Ikeja to perfect their documents.
Recall that the Special Enforcement Operation is a joint operation by the Ministry of Physical Planning and Urban Development, Lagos State Planning Permit Authority(LASPPPA), Lagos State Building Control Agency ( LASBCA) and the Special Operations Team in the Governor’s Office to sanitize the built environment in Lagos State.