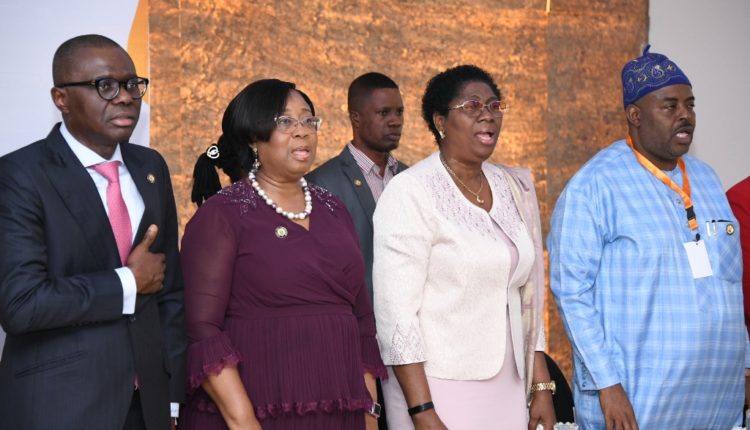 Lagos State Governor, Mr. Babajide Sanwo-Olu, has disclosed that his administration would be partnering with private sector stakeholders in a move aimed at upgrading and improving the state’s education sector to global standard.

The collaboration, Sanwo-Olu stated, had become necessary for the private sector to uphold structures laid out by the Government for educational advancement in line with his administration’s T.H.E.M.E.S agenda, saying that the government could not do it alone.

The Governor made the disclosure during a Public-Private Partnership Dialogue at the Eko Hotels and Suites, organised by the State Ministry of Education with the theme: “Creating A Better Future Through Education”, on Tuesday.

He said his administration was committed to delivering quality education in public schools across the State by increasing the budgetary allocation of the sector from the paltry N65 billion to N135 billion to drive a policy that will achieve performance, and that it was expected to have direct impact on quality of life of school age Lagosians.

According to him: “The questions here today are, what should we be teaching? who should design the curriculum, who should we include in the policy, where should we do the teaching? How do we manage the outcome, how do we assess pupils and how do we collaborate? Finally, how do we pay for all of these?”

“Why I’m saying this is because I listened to the points being made and I could take a few questions and a few things back home and I realized that even as a government, we cannot do it by ourselves. And that’s why we have called ourselves here today”.

According to a statement released through the governor’s Chief Press Secretary, Gboyega Akosile, it was stated that his administration would continue to strengthen partnership with stakeholders and scale up capacity of the educational system through technology, infrastructure development in schools, among others to guarantee a better future for the children.

Sanwo-Olu recounted some of the successes his administration had recorded in the ministry in less than a year of piloting affairs of the State and reiterated that he will continue to ensure that teaching becomes a competitive discipline in Lagos State, saying that it is possible to pass World Class knowledge to pupils.

“We’ve commissioned to build a total of about 60,000 chairs and tables and we’re hoping that we’ll wrap it up to about 100,000 before the end of the year. We’re pushing infrastructure in about 300 schools this year. We started with the first set of about 60.

On her part, the Commissioner for Education, Folashade Adefisayo, disclosed that the aim of the event was to improve on the already existing collaboration between the private and public sector.

Adefisayo assured of the government’s willingness to go on with the partnership in order to achieve its standard educational goals in the state.

Her words: “Our purpose is to deepen and improve the partnership between the government and private sectors. Although it is already existing, we want to build it further so that we can get a top-notch result which will reflect in the lives of our pupils. It is a joint decision.”

Disregard information not from FMH, FMC, LASG on coronavirus – Sanwo-Olu