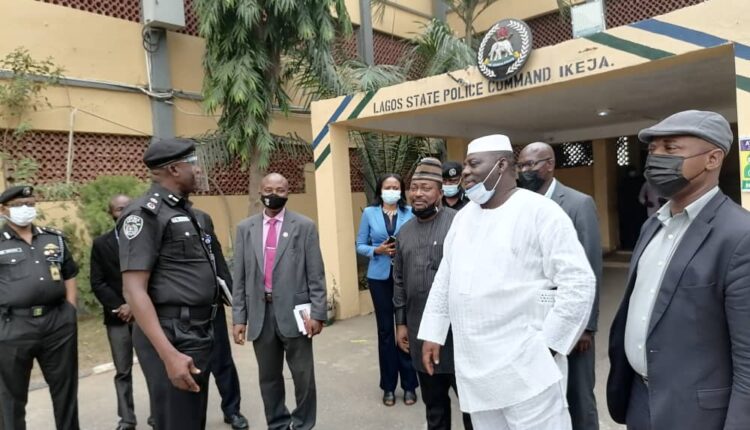 The Lagos State Building Control Agency (LASBCA) and the Nigeria Police Force, Lagos State Command have disclosed that both entities would be coming together in ensuring strict enforcement of building laws across the state.

The duo maintained that the need to achieve effective monitoring and enforcement for conformity in the built environment necessitated the formed partnership.

They explained that the collaboration would help in reducing rate of building collapse across the state including fatalities being recorded during such incidents with effective monitoring strategies and synergy.

The LASBCA General Manager, Arc. Gbolahan Oki, said that that coming together of both agencies would help LASBCA achieve its mandate across the state, particularly in violent-prone areas.

Speaking during his courtesy visit to the Commissioner of Police in Lagos State, Hakeem Odumosu, at the Police Command at GRA Ikeja recently, Oki narrated how officials of the agency are often attacked by hoodlums.

According to him, the hoodlums are sometimes sponsored by recalcitrant developers, owners while carrying out their lawful duties and if not properly addressed, it would affect the services provided by the Agency.

While thanking the command for their support in the past, the LASBCA boss maintained help received from the police in time past had greatly impacted the agency’s achievements.

On his own part, Odumosu reiterated that the primary responsibility of government was to ensure the security of lives and property of her citizenry and that the command would continuously rise to defend the sacred constitutional responsibility.

While commending the efforts of LASBCA in reducing cases of building collapse in the state through routine monitoring and enforcement for compliance, the commissioner urged officials of the agency not to relax in their duties but to always ensure that they carry out due diligence before embarking on any enforcement drive.

“As an agency of government saddled with the responsibility of removing illegal buildings, your job is not complete without enforcement, so be ready to face any security threat, but carry out due diligence and do not underrate the security threat of any area.

He however assured the agency of the command full support for the deployment of policemen for protection during the agency’s enforcement drives.