France to evacuate over 30,000 citizens globally after… 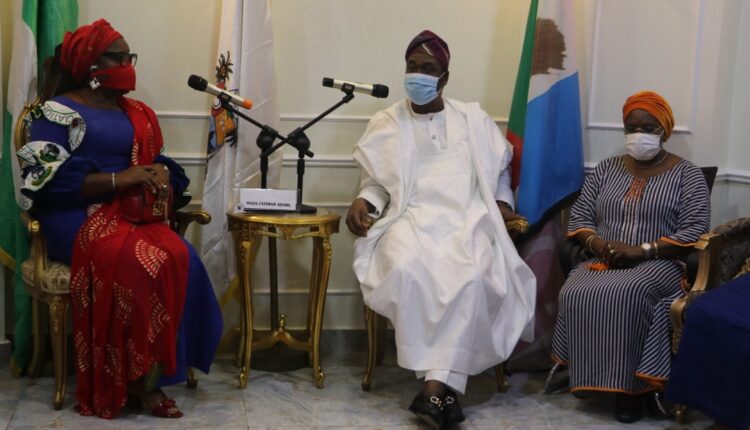 The government also reiterated the Governor Babajide Sanwo-Olu-led administration’s commitment to continue supporting families and children of police officers who lost their lives during the protest.

The state’s Deputy Governor, Dr. Kadri Obafemi Hamzat, who reechoed the government position said that the current administration would would do all it can to bring succor to the families of the deceased officers and ensure that their children receive quality education up to tertiary level as earlier promised.

Speaking yesterday when he received the Executives of the Police Officers’ Wives Association, (POWA) in Alausa, Dr. Hamzat promised that the government would rebuild police facilities, including stations razed down during the protest.

The gesture, he said, was aimed at rekindling the police officers hope in the system and further boost their morale in the discharge of their duties in ensuring the protection of lives and property.

“Lagos State Government will do everything to support them. They won’t walk alone. We have started the process, the children will not suffer. We will keep to our promises,” he said.

While thanking the association for the visit, the deputy governor urged POWA to always interact and continue to be in touch with the wives and families of the deceased police officers and assist them. He added, “this will further encourage the women and gives them the courage that they are not left alone”.

Earlier in her remarks,POWA’s  President, Catherine Ogbizi, disclosed that they are in the state to commiserate and identify with their members whose husbands died during the violence.

She stated further that they had a one-on-one discussions with the women and their children in order to encourage them and pledge their support.

“We are in Lagos to condole with our sisters who lost their husbands and to tell them that we share in their pains”.

It would be recalled that Sanwo-Olu had in the wake of the violence pledged that police officers lynched during the unrest will not die in vain, saying that he had directed Lagos State Scholarship Board to award scholarship to the children of the slain officers up to the university level.

Twenty-nine Divisional Police Stations and 17 Police Posts were said to have been razed by hoodlums disguising as protesters. Also, six police officers were reportedly lynched, 36 critically injured, while 71 police operational vehicles were torched.