JUST IN: Wike, Makinde, myself, other PDP Govs meet Tinubu… 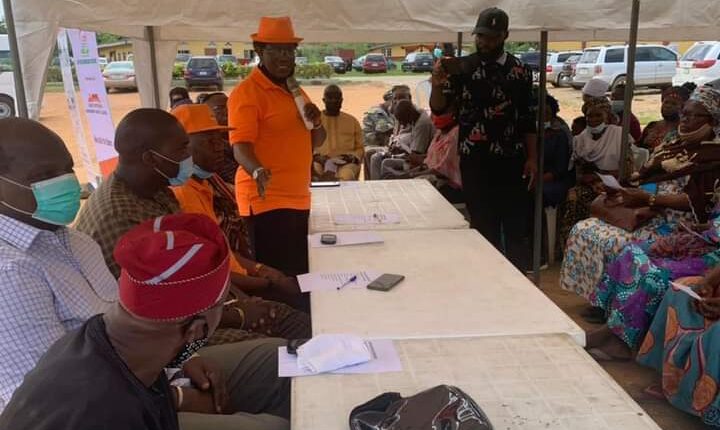 In order to give senior citizens better healthcare, the Lagos State Health Management Agency (LASHMA) has partnered with a Non-Governmental Organisation, 60PLUS Advocacy Initiative, to sensitise and enroll elderly citizens on the ILERA EKO Health Plan.

The partnership was reached by the LASHMA and the organisation in other to ensure that the elderly after enrolling on the plan have access to effective, quality, and affordable healthcare across the state.

Confirming the partnership, the General Manager of the Agency, Dr. Emmanuella Zamba, said that the partnership became necessary to ensure that senior citizens, who have contributed physically to the economic and social development of the State, live a healthy life after their retirement and have access to care whenever they are sick.

Zamba, at a sensitization event, organised to educate the elderly on ‘ILERA EKO’ at Isolo General Hospital, Isolo, said that the partnership with 60PLUS Advocacy Initiative would further ensure the elderly were financially protected whenever they feel unwell and would save their expenditure on medical treatment and purchase of drugs.

The LASHMA boss, who was represented by the Sales Manager of LASHMA, Uchechukwu Igweonyia, disclosed that the Sanwo-Olu-led administration is passionate about the healthcare of the aged, as such it is committed to ensuring that they live a comfortable life devoid of sickness, fear of payment of huge medical bills and stress.

Applauding individuals, NGOs, Groups, and philanthropists who have been supporting the Agency in the realisation of its mandate, the General Manager called on other NGOs and humanitarians in the State to emulate 60PLUS Advocacy Initiative and support the government in its efforts to alleviate the plight of senior citizens and the vulnerable in Lagos.

She promised that the Agency would do its best to ensure that all residents, irrespective of their cultural, social, and religious backgrounds have access to affordable healthcare services.

A member of the Governing Council, 60PLUS Advocacy Initiative, and retired Permanent Secretary in Lagos State, Iyabode Obasa, said that the Non-Governmental Organisation partnered with the Lagos State Health Management Agency (LASHMA) to put smiles on the faces of the elderly and ensure that they are healthy even at their old age.

Obasa said that the partnership will enable the elderly, who have ailments like diabetes, hypertension, and asthma, to access care and those with surgical treatment covered under the health plan to undergo treatment without paying any additional money.

she advised the elderly to eat good food and fruits, as well as, drink water often especially warm water early in the morning and at night in order to free their systems and live healthily.

The retired Permanent Secretary said that the NGO which had sensitised the elderly at Epe, Surulere, and Isolo would be visiting other councils to inform, educate and enlighten more citizens on the health plan designed to give Lagosians better services.

Commending some of the invited guests at the event for sponsoring some elderly for ILERA EKO Health insurance plan, Obasa called on other influential residents and philanthropists in the State to support the Non-Governmental Organisation in providing more care for the elderly.